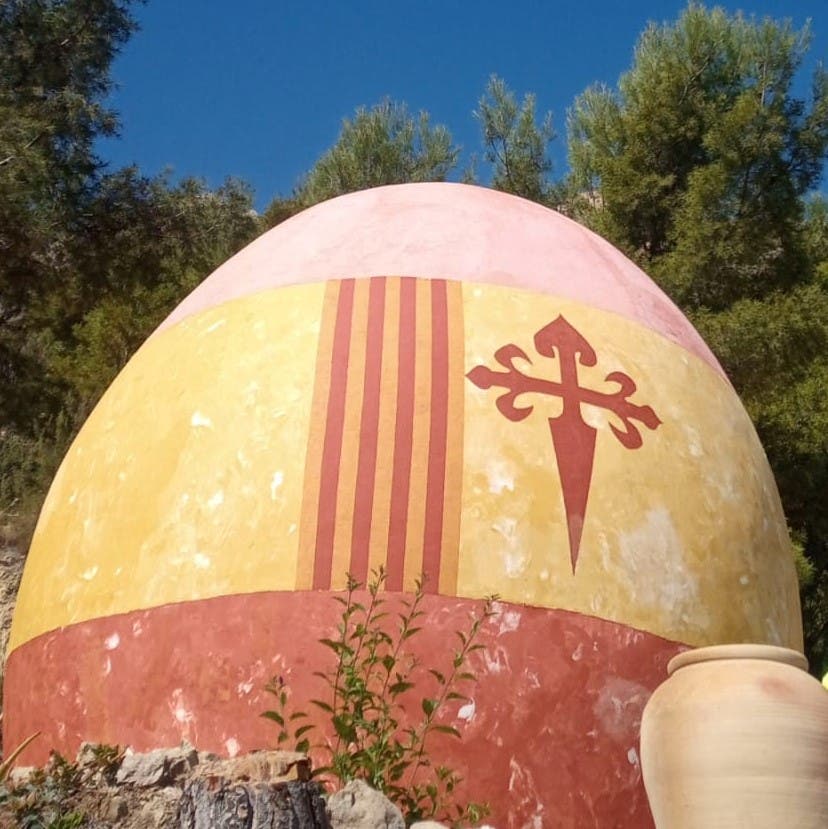 SOMETHING strange has been cooked up in Orcheta on the Costa Blanca.

It’s a giant concrete egg to celebrate the area and the whole of Spain.

It’s the creation of Belgian artist and sculptor, Enca Caen, who lives in the town that’s a few kilometres inland from Benidorm.

He claims that it is the biggest concrete egg in the world.

It’s been designed as a tribute to everybody in Orcheta that has followed the COVID restrictions.

Enca Caen said: “There have been chocolate eggs that have reached 18 metres with many people working on them but from what I can find, this is a concrete record.”

25 kilos of cement were used to craft the structure with Enca helped by his wife Chantal.

Caen is now working on putting a crown on top.

“The egg symbolises the unity of Spain, the identity of the Valencian Community, and the history of Orcheta, “he said.

It’s not his first concrete egg either, as two years ago he created a 3.4 metre high egg for the village of La Romana.

The Boris bounce: Costa del Sol tourism gets boost from British PM visit as well as filming of The Crown