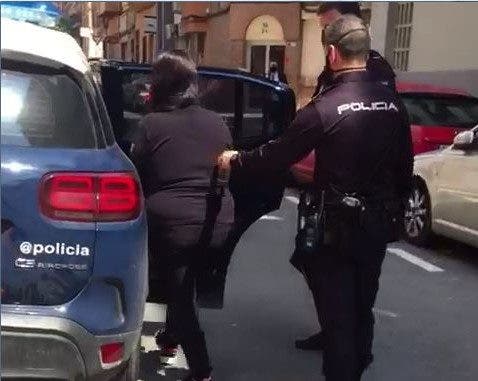 AN Alicante woman violently and mentally abused her 88-year-old grandmother in degrading and unsanitary conditions at her home that stank to high heaven.

The Policia Nacional have arrested the victim’s 30-year-old grand-daughter on a charge of domestic violence.

Neighbours accused the woman of spending her relative’s money ‘freely’.

Police found the old lady in a total state of neglect with urine and cigarette butts on the floor and decomposing food.

Hospital doctors concluded that she had suffered a broken hip sometime in the past and had cuts on her face and eye bruises as well as ulcers across her body.

People in the vicinity of the woman’s home reported hearing regular shouts and screams and spotted some of her injuries if they managed get in to see the 88-year-old.

Her grand-daughter’s standard excuse for the bruising was that ‘she had fallen’.

Visitors also detected a strong sickly stench wafting around the property and that the victim’s underwear had rarely been changed.

Family members were scared to report the grand-daughter to the police in case the abuse got even worse.

It was revealed that the arrested 30-year-old had previously been given a prison sentence for mistreating her two young children.