Home Other News Business & Finance Part-time football club on the Costa Blanca becomes the first to be... 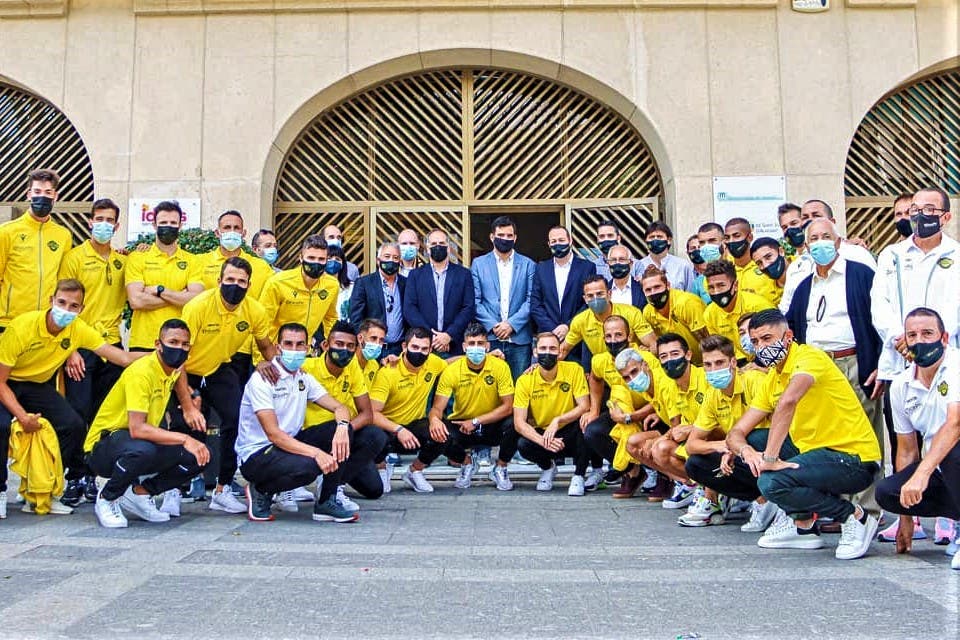 AN Alicante area football club will be the first in Spain to be listed on the national stock exchange.

The news came after Sant Joan-based CF Intercity secured promotion to the Segunda Division, regional section at the weekend, with the squad given a civic reception(pictured above) this morning.

The club decided in principle in 2018 to go for a listing and shareholders last night unanimously backed the move again.

That means that trading in Intercity CF shares will start by the end of June on the BME Growth, which is Spain’s stock exchange sub-market dedicated to small and medium sized companies.

Intercity will have an initial market capitalisation of up to €4.5 million.

Club president, Salvador Marti, along with two other club co-founders own around 50% of the enterprise.

Salvador Marti said: “We realised that most semi-professional clubs are funded by a patron injecting money which ensures their survival.”

“We thought the club could instead take advantage of the financial markets to atomise its shareholding rather than relying on a single investor. And why not in such a soccer-loving country?”

The listing is part of an extraordinary climb for a club that was born out of a restructuring of the Sant Joan d’Alacant football club in 2017.

Backed by big money investors like ex-Atletico Madrid star, Juanfran, the team have climbed from almost the bottom rungs of the Valencian football league structure.

On paper they are four promotions off making it to the top division to join Spain’s big boys like new champions Atletico, Barcelona, and Real Madrid.

The club still have the Sant Joan municipal sports ground as their home with a capacity of just 2,000 spectators, but have unveiled plans for a new 7,000 capacity stadium.

“Our idea is to make shareholders decide about the club’s future. The higher the budget the greater likelihood to reach the top leagues,” added Salvador Marti.

“The goal, as any other company, is to achieve the break-even. And for a soccer team that means getting promoted to reach the professional league.”

James Warren - 11 Jun, 2021 @ 17:15
THE HM Government of Gibraltar has updated its COVID-19 entry requirements for any travellers entering the country due to increasing cases in the UK....

Madrid man on trial in Spain for murdering girlfriend and keeping dismembered body in freezer for more than a...

Coronavirus in Spain: COVID-19 vaccines for over-40s in Basque Country and Navarra