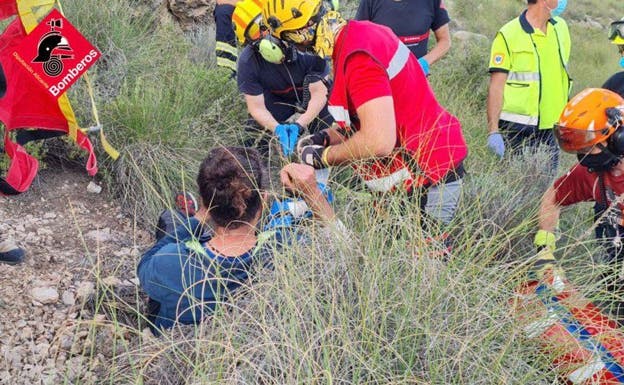 A male paraglider escaped with just an ankle fracture and wounded pride after crashing yesterday evening(June 14) on the Murcia-Alicante Province border.

The unnamed man got into difficulties and landed at around 7.00 pm close to the CV-81 between Yecla and Villena.

Alicante Provincial firefighters from Elda and Villena rushed to the scene.

The man was put into a helicopter that transferred him to hospital.