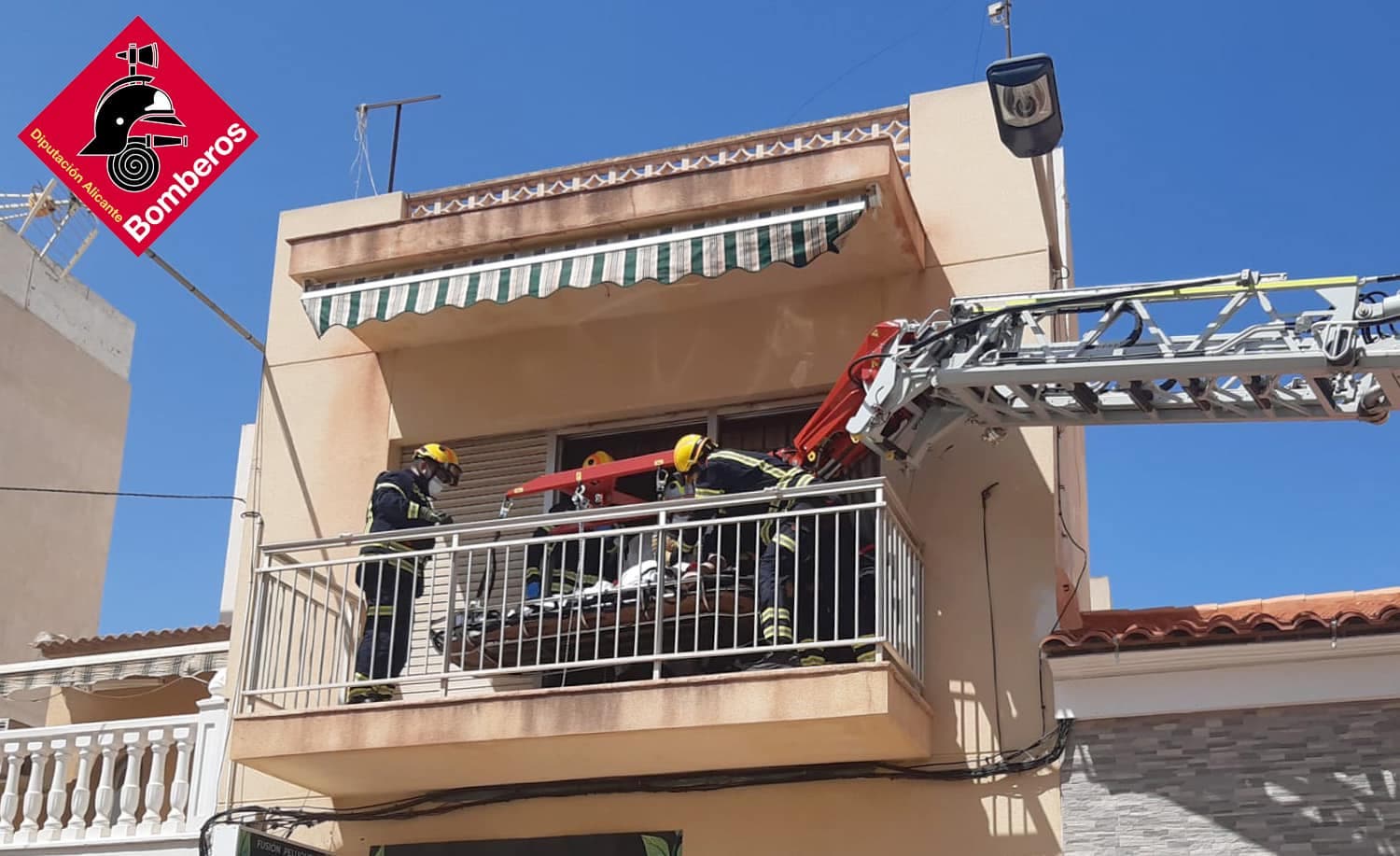 FIREFIGHTERS had to call in a special crane to rescue an overweight man trapped in his Torrevieja home.

The 185 kilo(27 stone) resident lives in a first floor apartment on Calle La Paz in the city centre.

The 59-year-old man had suffered breathing problems for several days and excessive fluid in his legs.

He was unable to move and was scheduled to go to an appointment at Torrevieja Hospital.

An attempt to take him down the stairs failed.

A second option to get the man out of the window via a stretcher attached to the top of a ladder was ruled out because it had a 150 kilo weight limit.

A special crane that could hold the man’s weight was brought in from Elche, some 45 kilometres away.

He was then successfully hoisted down to ground level and transferred to hospital.