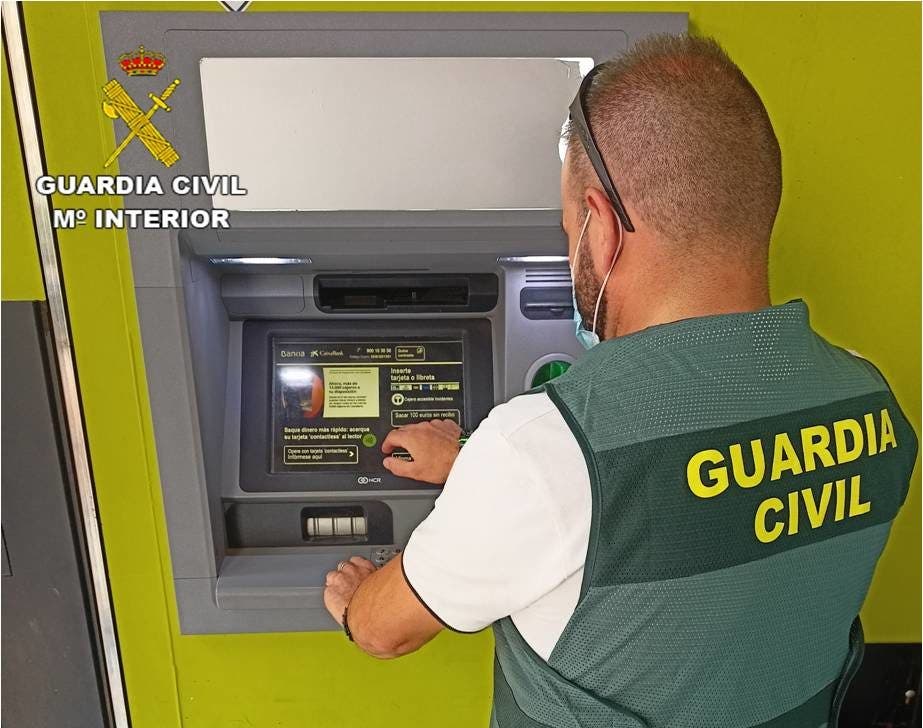 TWO men have been arrested in Dolores on 25 counts of bank fraud.

They illegally obtained PIN numbers which were used in ATMs across Alicante Province and further afield.

The men, aged 23 and 27, sent text messages to people’s phones with a link to what appeared to be their internet banking site, which allowed them to copy PIN codes.

The Guardia Civil received complaints from bank customers across Spain that their accounts had been illegally accessed.

All of the victims acted on a message from their bank that was bogus.

The crooks made ATM withdrawals having secured numbers without the need to use a card.

The fraudsters even took out money further away in the Almeria and Valencia areas.

Since the majority of used ATMs were in the Vega Baja area, the Guardia Civil concentrated surveillance work in the region.

Security cameras at the machines provided an array of images of the men.

They were spotted and detained at a Dolores shop where they were planning to buy €500 in bitcoin.

The Guardia are investigating at least six other counts of fraud in addition to the 25 charges already laid down against the duo.