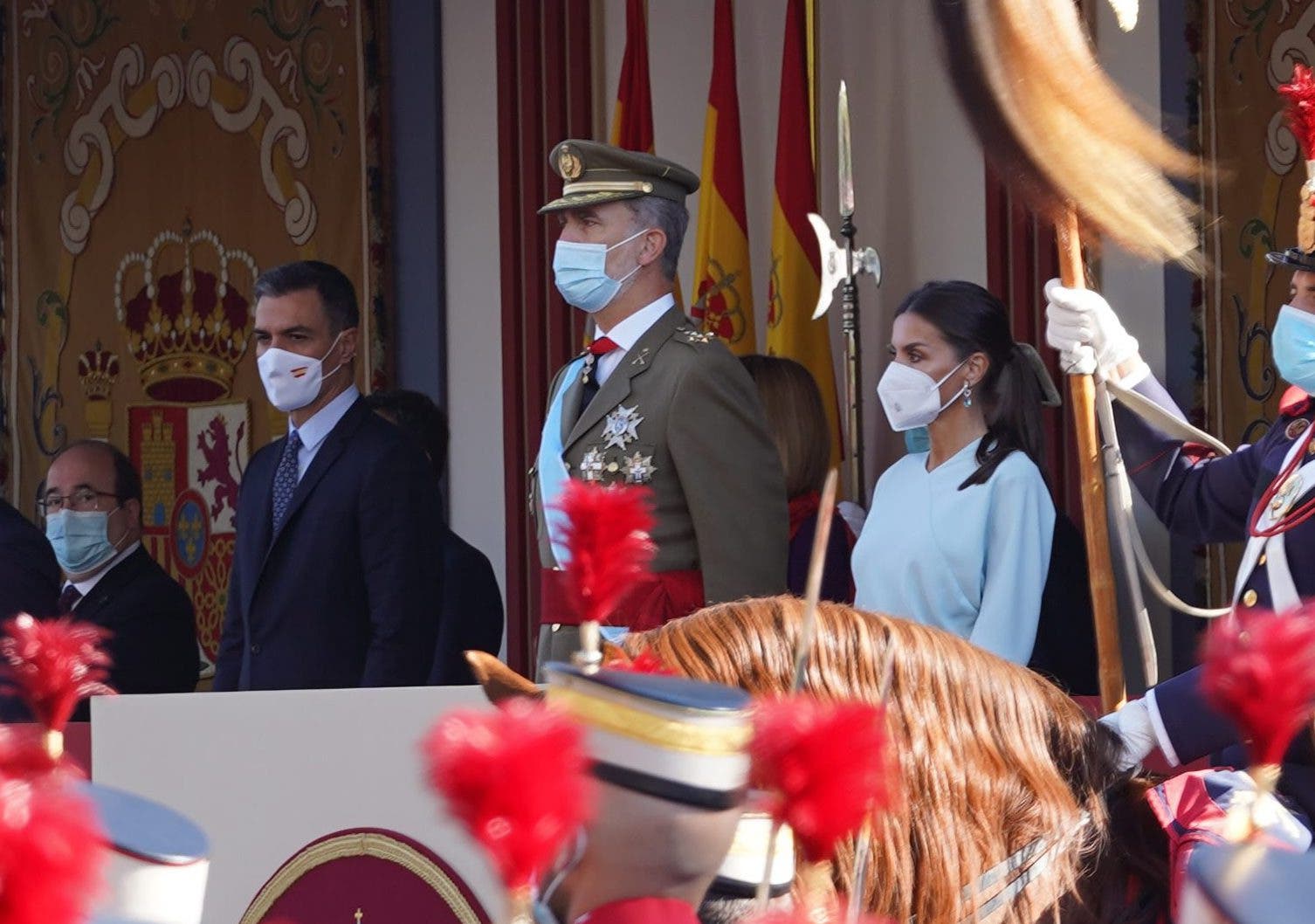 BOOS and whistles rang out from part of the crowd watching Tuesday’s National Day celebrations in Madrid, prompted by Prime Minister Pedro Sanchez’s name coming over the public address system.

The holiday military parade was cancelled last year due to the COVID-19 pandemic.

2,656 troops took part in today’s event at the Plaza de Lima, as part of the commemorations for the day that Christopher Columbus arrived in the Americas in 1492.

The royal couple were welcomed by Pedro Sanchez along with the whole of his cabinet, including four members of the far-left Unidas Podemos party, minus Industry and Tourism minister, Reyes Maroto.

King Felipe then inspected some of the troops ahead of this morning’s parade.

The dignitaries watched the event from a specially-constructed platform.

Proceedings started with the traditional parachute jump with the Spanish flag and an air force fly-past, followed by the parade.

Most of the regional presidents attended, with the traditional absence of the Catalan and Basque Country leaders maintained.

Also absent was the Castilla-La Mancha president, Emiliano Garcia- Page, who is on a trip to Brussels, and Galicia’s Alberto Nuñez Feijoo, who said he was ‘too busy’ getting ready for Wednesday’s policy debate in the regional parliament.

Some of Spain’s Tokyo Olympic medallists and back room staff also attended the ceremony.