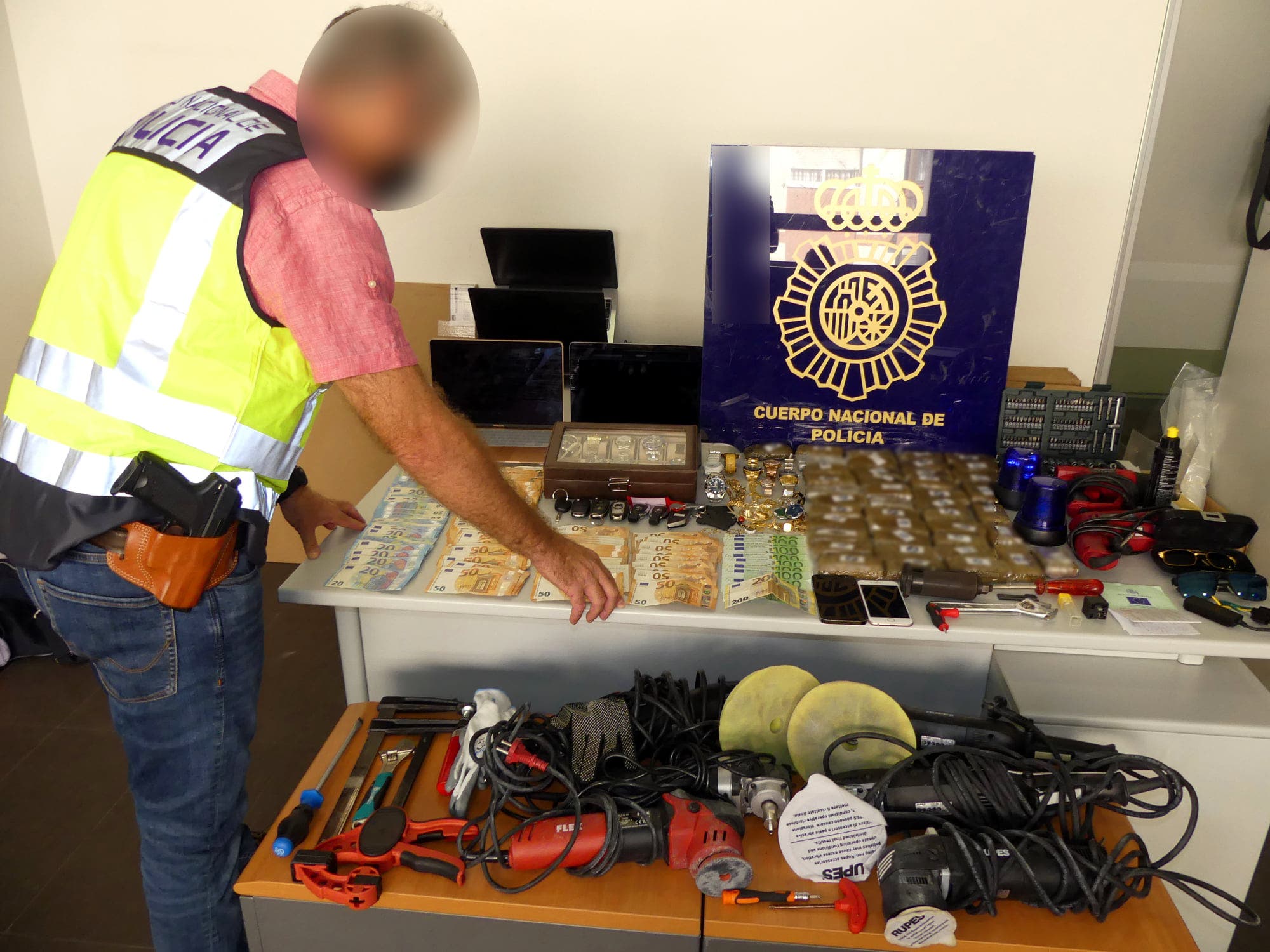 A Costa Blanca home robbery and drug dealing gang has been brought down by the Policia Nacional.

Three men have been arrested over a series of crimes across the region.

One of the detained trio was refused bail after a court appearance.

They had no hesitation in using violence as they tried to run over a Policia Nacional officer at the time of their arrest.

A police probe started in August after a Denia resident reported that his car and motorbike was stolen from his house.

The burglars used professional locksmith gear to access properties and would then sell off any stolen items.

Profits were then diverted into their drug dealing operation.

Police have appealed for people that have been robbed to contact them after numerous items were recovered from house raids.

Further arrests are not being ruled out.