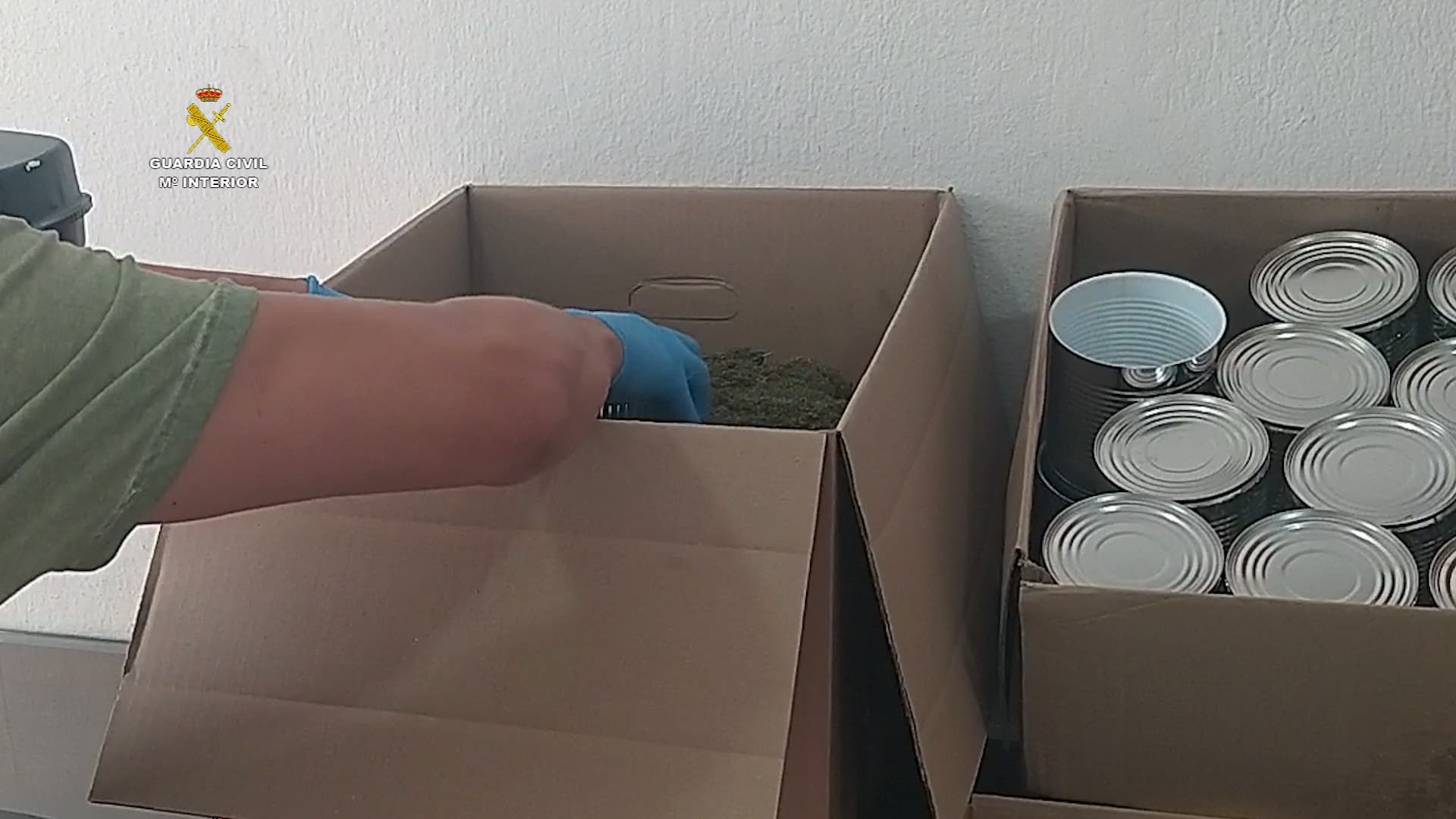 POLICE have smashed a Costa Blanca drugs gang that exported marijuana in tin cans onboard vans and lorries to the United Kingdom.

The Guardia Civil described the gang as one of Spain’s ‘leading’ criminal producers of marijuana.

Specialist equipment was used to process the drug which was then put into sealed tin cans ahead of their UK journey.

The Guardia operation was carried out with help from police forces across Europe and the UK’s National Crime Agency.

€74,000 in cash was seized in house raids along with marijuana plants and associated drug materials.

Three of the detainees were jailed after a court appearance.

Operation ‘Derlius’ was launched in December 2020.

The Guardia got suspicious about several Lithuanians living in San Juan who appeared to be well-off, yet did not appear to work.

Some of them had a criminal record.

Last March, some of the group were arrested on the Spanish-French border in a van containing 277 kilos of hashish and 10 kilos of cocaine.

The gang leaders were a married couple who have lived in Torrevieja since 2018.

They organised a network of ‘safe houses’ used as marijuana farms and packaging points.

The farms in San Juan were ‘managed’ by two associates of the couple.

Besides exporting to the UK, the gang sold the marijuana to local cannabis clubs.