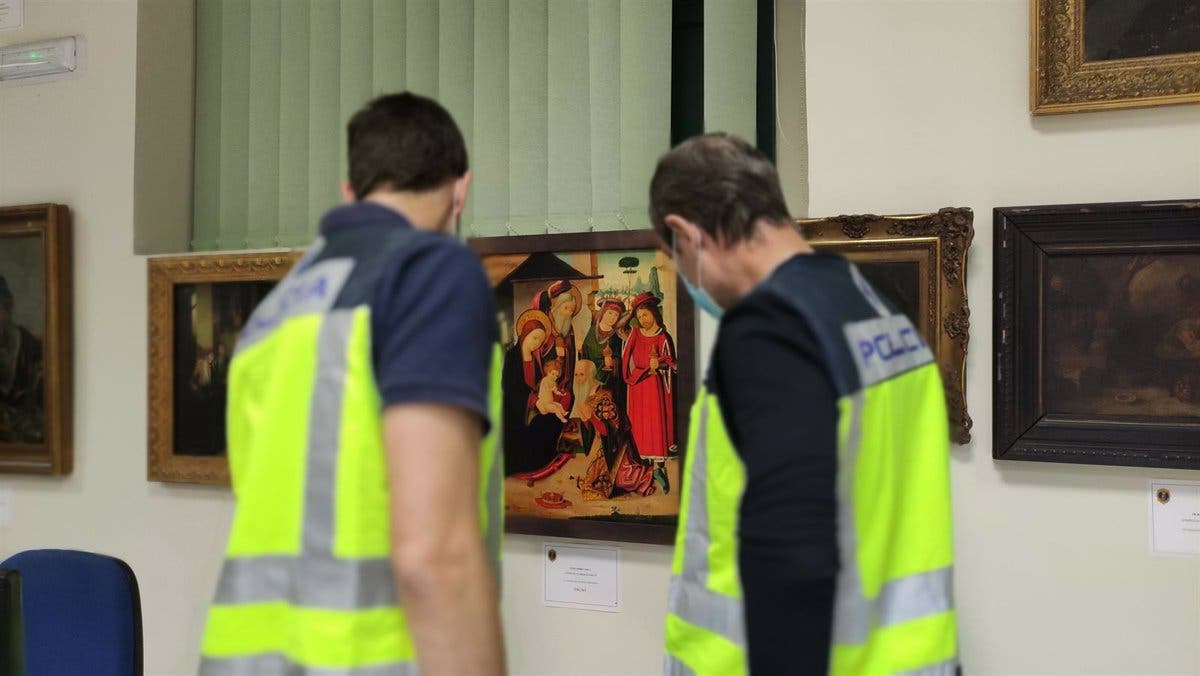 POLICE have broken up a gang trying to sell forgeries of paintings by Spanish masters like Goya via the internet.

The Valencian Historical Heritage police seized the works of art in the Castellon area of the Valencian Community.

27 paintings were removed which were being sold for a total of €1.7 million.

Experts deduced that 18 of the collection were fakes.

The highlight was a copy of Francisco de Goya’s ‘La Immaculada’ that the gang wanted to sell for €900,000.

The scammers produced false certificates of authenticity to try to fool potential buyers.

They came unstuck with a 16th century copy of ‘The Adoration of the Magia’ by Nicolas Falco.

Police got involved over the authenticity of the Falco work and tracked down the retailer and his associated counterfeiting network.

Some of the fakery was lacking in any form of sophistication.

The Valencian government, in a statement, said: “The methods were as simple as placing a small piece of paper over a signature to swap it for another one, reusing both sides of a canvas, and imitating cracked paint by burning the canvas with a blowtorch.”

Six people were given prison sentences of between three and ten months.

The Olive Press reported on another Valencian art scam in March.

In that instance, fakes from Goya, El Greco, and Amedeo Modigliani were being offered for over €12 million.