Spain’s university sector is booming. There are 100,000 more students attending Spanish universities than a decade ago. Domestic student numbers have surged as a result of young population growth and a lack of opportunities in the employment market. Meanwhile, international students, attracted by Spain’s weather, culture and specialised technical universities, have more than doubled in number in the last ten years.

Each and every one of the 1.63 million students needs a place to call home. But there is one thing in Spain that is in woefully short supply: beds.

Supply has failed to keep up with demand. There are only 97,000 purpose-built student beds (PBSA) across the entire country, one bed for every 16.8 students. Compare this to the more established markets of Germany, with a rate of 10.6 students per bed, and the rate of 2.7 in Europe’s most advanced PBSA market, the UK.

With current estimates suggesting that Spain is short 397,000 beds, increased investment will be required to meet the growing demand. This offers opportunities for alternative, international lenders who have a different risk-reward profile to local banks. This means local investors can tap into a global network of lenders, who may be able to offer a more competitive rate.

It’s not just increased interest from international lenders, but also from international students with numbers predicted to rise 4.6 percent every year, with students from India, China, Colombia and Ecuador increasingly being attracted to Spain. Spain remains a popular destination for the Erasmus+ scheme, which has driven consistent interest from Spain’s neighbours, such as France and Italy.

With strong domestic and international student demand, the sector is drawing increased investor attention. The volume of student housing investment in 2021 has remained stable compared to 2020’s figures across Europe, at €8.4 billion. And investment is predicted to surge by 13.1 percent over the course of 2022.

Yields have also remained strong in the sector, with an average of 5.25 percent on offer to investors parking their capital in student accommodation. PBSA offers better returns than all other major real estate sectors, with the exception of the logistics sector.

With inflation peaking at 6.7%, the highest level since 1989, investors will likely continue to invest in real estate due its reputation as a hedge against inflation. Of this, the focus will likely be on PBSA due to its counter-cyclical reputation as students often undertake further education during times of economic downturn. With Spain’s youth unemployment rate of 30.3 percent, demand is expected to remain high for student accommodation as both domestic and international students look to upskill.

Inflation is not an issue limited to Spain, with central banks globally seeking to balance their mandate between economic growth and controlling inflation in a post-pandemic world. The rise of inflation has led to global investors and lenders looking into growing real estate markets, such as Spain for opportunities.

The Spanish PBSA sector is still dominated by players with small portfolios. All but one of the main players in the market have a portfolio of 3,000 beds or less. Compare this to the British market, where the largest player has a staggering portfolio of 75,000 beds.

Larger investors have tended to focus on the major cities of Madrid and Barcelona. For dynamic, smaller investors opportunities are opening up in the regional markets, such as Valencia, Granada and Malaga. International students are increasingly showing a preference for the scenery and spacious campuses that can be found outside of Spain’s major cities. 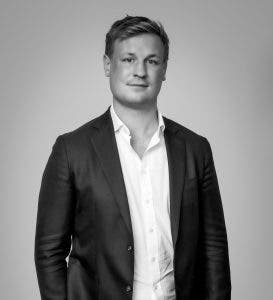 Lenders and investors are looking to the Spanish market to partner with local experts to help finance and tackle the undersupply of PBSA. By tapping into a financial intermediaries’ network of banks, funds, alternative lenders and high net-worth individuals, investors are able to unlock the potential of this  market and obtain finance on favourable terms. Particularly when Spanish banks appear to be retrenching from the market.

With strong yields on offer, a significant undersupply and the growth of the student population, it is little surprise that the Spanish market looks likely to continue to offer up a wealth of opportunities to investors looking for good returns on their capital.