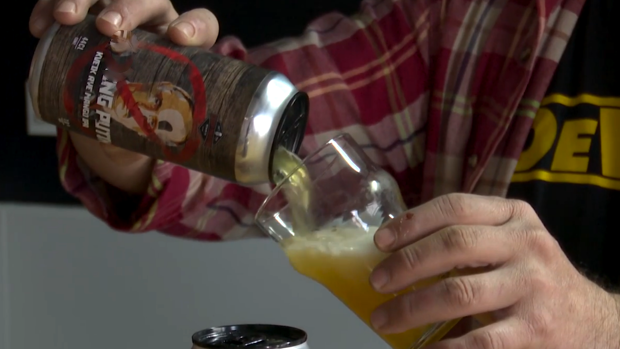 A Valencian microbrewery is selling a new craft beer called ‘F—ing Putin’ to show its solidarity with the Ukraine people in the wake of Russia’s invasion.

Cosa Nostra in Sagunto have produced the IPA canned brew which combines mango and rye flavours.

Brewmaster, Vicente Bernal, said: “We received an email from craft brewers in Ukraine asking us to lend them a hand complaining about the situation their country was experiencing, and we came up with this.”

A Ukrainian flag is displayed on the can, along with the message, ‘Brewers against war’, underneath a crossed out image of Russian leader, Vladimir Putin.

Bernal added the beer’s success since it went on sale was down more to the flavour, than the insult.

The Cosa Nostra microbrewery has been in business in Sagunto for a couple of years, and is one of the newest craft beer companies in the Valencian Community.

They enjoy giving unusual names to their products based on ‘day to day’ comments they hear from people.

One brew was called ‘Malditos Chorizos'(literally translated as ‘damn sausages’) which poured scorn on the Valencian government for making promises during the Covid-19 pandemic but doing nothing to help the brewery sector.

Vicente Bernal said: “We use everyday life on our labels because we are also bikers, we like rock and roll and we are a bit rebellious.”