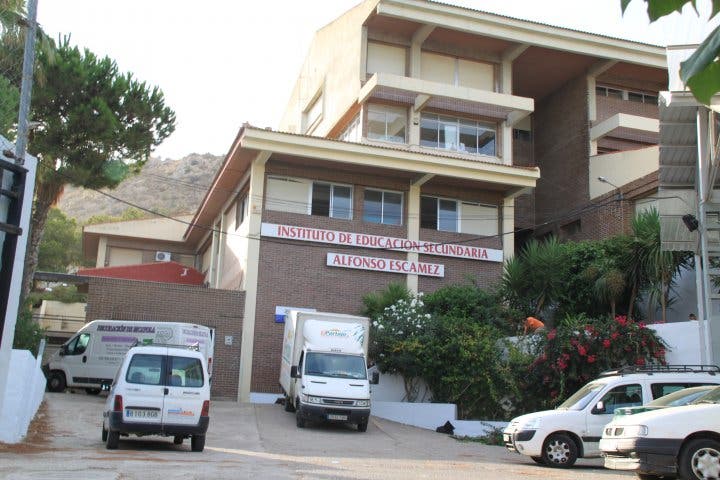 A 14-year-old boy was stabbed in the back at the Alfonso Escamez secondary school in Aguilas on Monday morning.

The young attacker went back to his home before being arrested by the Guardia Civil.

He is said to be an ‘absentee student’ with an existing police record.

The assault happened at around 9.30 am in a classroom during a break between lessons.

The two boys had a history of violence between them and had both been suspended from the school earlier in the year.

The aggressor had not attended classes in the new school year and appeared brandishing a knife.

He knifed his victim from behind but did not penetrate any vital organs.

The injured boy was taken to hospital in Lorca before being transferred to the Virgen de la Arrixaca Hospital in Murcia City.

His attacker ran off but was later detained by the Guardia Civil.

Lessons continued as normal at the school, though psychologists and counsellors will be available to both students and teachers on Tuesday.

It’s the second stabbing at a Murcia region school this year.

As previously reported by the Olive Press, an Irish national working as a teacher at the private Monteagudo school in Murcia was stabbed in the back in February by a 13-year-old boy.