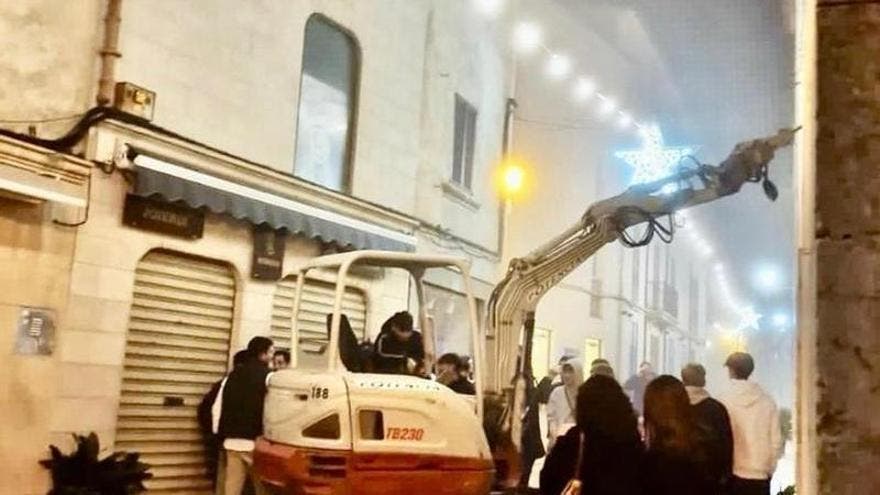 A teenage boy damaged a church wall in the centre of Pollenca after starting up an excavator as a prank.

The machine started to spin round much to the amusement of his young friends in the Placa Major.

The excavator’s hammer drill took a chunk out of the Mare de Deu dels Angels church wall in the square as it went round.

The full damage will be assessed on Tuesday.

The unit was used in paving work on different streets in Pollenca and the boy used another key to ‘force’ its start.

Residents, who rebuked the boy, called the Pollenca Policia Local who quickly arrived to end the minor’s antics.

They took him to the police station before handing him over to his parents.

His age has not been disclosed.

A report has been sent to the Juvenile Prosecutor’s Officer who have taken over the case.