BRITISH taxpayers living in Spain have been warned to watch their backs, after the Olive Press exclusively reported that a fatcat businessman Mark Langford was hit with a multi-million pound writ in Marbella.

A bailiff acting on behalf of HM Revenue and Customs (HMRC) issued Mark Langford, the former chairman of collapsed “no win, no fee” firm The Accident Group, with a writ for 4.1 million UK pounds in unpaid tax as he boarded his yacht in Puerto Banus harbour, southern Spain, earlier this month.

He was also served a court summons to attend a bankruptcy hearing in March.

His wife Debbie, a former director of the firm, was handed a tax demand for 2.4 million pounds.

The legal firm went into administration in May 2003 with 100 million pounds worth of debt and laid off more than 2,500 staff by text message.

Chartered accountant Saffery Champness said the case should serve as a reminder to taxpayers of HMRC’s wide-ranging powers.

“HMRC is an immensely powerful organisation, and has a global reach,” said Ronnie Ludwig, a partner in the firm’s private wealth group. Many taxpayers do not realise HMRC has powers similar to an international police force, including the right of entry to your property and often, the right of extradition.

“Although it is unusual, HMRC can also seek a jail sentence for those who have not paid their taxes, and it would not be a surprise if this were an option in the Langford case,” he added.

Ludwig said the case should also prove that HMRC has a “long memory:” it has been tracking the Langfords for almost four years.

“The best advice is, of course, for taxpayers to stay on the right side of the law,” he said.

Those concerned about unpaid taxes should be proactive.

“HMRC can often be very reasonable in negotiating settlement amounts and terms if approached,” added Ludwig.

The Accident Group was the UK’s biggest injury-claims specialist, with centres in Manchester, Birmingham and Liverpool.

The Langfords’ personal tax affairs are separate from those of the collapsed business. 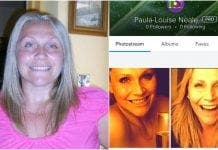