THE hotel and catering industry has protested against a government plan to ban smoking in public places next year.

It warns that it could severely affect business, already hit by the economic crisis.

“We are very concerned of the negative consequences” of this plan, said Jose Luis Guerra, deputy head of Spain’s Hotel and Catering Association (FEHR).

“Our problem is that 40 percent of our customers link smoking with the consumption of products in hotels and restaurants,” he explained.

He predicted a fall of 10 percent in business if the ban is imposed.

Health Minister Trinidad Jimenez said that the government hopes to pass a law next year to ban smoking in enclosed public places such as bars and restaurants.

Spain already has an anti-smoking law in force since January 2006, less restrictive that in other European countries, which bans smoking in the workplace and on public transport but only partially in bars and restaurants.

“This comes at the worst moment for the catering industry in 15 years,” said Guerra. 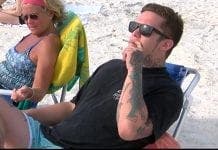