I WAS born in a collision of continents. My mother, the late great Tethys Sea, was so old she watched as dinosaurs patrolled her shores.

I watched as your species took its first faltering steps…and I may well witness its last. I gave birth to some of your greatest civilisations…and destroyed a few along the way.

I am the single most important body of water in your entire history; you have fought more wars over possession of bits of me than over any other feature on Earth.

My connections with the Atlantic Ocean (the Straits of Gibraltar) and the Red Sea (the Suez Canal) form the two most important waterways in the world.

I am your past, your present and your future. So listen while I tell you my story. For I am much more than a simple holiday playground….I am the Mediterranean!

Like most extremely large children (I have over 46,000 km of coastline you know!), I had a rather long and difficult birth – or at least, my mother Tethys did.

She was a giant in her day. In fact, one of the top seas around – running from the Atlantic to the Pacific Ocean and completely separating Europe from Africa. Some girl, she was.

Forming her southern shores was the giant continent of Africa. A continent very much on the move and bulldozing its way northwards into the Eurasia plate at a speed of around one centimetre a year. It still is, by the way.

Caught between these two great continents, old mother Tethys found herself being slowly crushed out of existence. And when, after 40 million years of movement, Arabia and Iran finally found themselves pushed up hard against Asia, old Tethys’ fate was finally sealed.

As she was finally ground out of existence a new smaller sea took her place …yours truly!

The name, Mediterranean by the way, is Greek for ‘the sea at the middle of the Earth’ (Medi = middle. Terra = land or Earth), which I rather like, don’t you?

The ancient Greeks called me that because I was at the centre of the known world – the most important sea on the planet.

Then around eight million years ago, a dangerous teenage crisis struck!

Nothing remains of old Tethys these days, although the next time you go walking in the Sierra Nevada you might like to reflect on the fact that you are strolling over her ancient remains.

For this is, in fact, the ancient seabed – scooped up and hoisted over 3000 metres up, high into the Spanish sky by that great tectonic bully, Africa.

One of these days, the same thing is going to happen to me, the pressure is still on…but never mind, I’ll outlive you lot by a few tens of millions of years either way.

Mine was a relatively uneventful childhood really. Just 12 million years of steady development punctuated by the occasional exploding volcano and the odd giant earthquake and tsunami – all evidence of those disturbances deep in the Earth’s mantle.

Due to tectonic movements the giant step at the Straits of Gibraltar lifted, meaning I was completely cut off from the rest of the world.

With 3000 hours of sunshine a year and little input from rain or rivers, I started haemorrhaging a lot of water by evaporation.

To appreciate how serious this could be look east to the Aral Sea and, appropriately, the Dead Sea to see what was along the line for me.

The crunch came six million years ago, when the last trickle of Atlantic water finally stopped coming in. Consumed by evaporation, I was fast becoming another huge Dead Sea.

Water levels fell dramatically, exposing the margins of the African and European continental shelves.
In a geological blink of the eye, a once great sea had been transformed into a vast basin of salt, dwarfing today’s Grand Canyon by many times.

But what goes up, must come down and so it was with the ‘Gibraltar Step’ as those deep tectonic forces changed direction once more.

As the Atlantic Ocean poured in once more, one of the greatest waterfalls in earth’s history was born.
It took less than two years to fill that vast, gaping hole of dead salt flats and hypersaline lakes and reinstate me as a sea.

As water stormed through the Straits of Gibraltar, it tumbled more than 1000 metres, three times faster than water flowing down the Amazon or over the Niagra falls.

It ended up leaving me to cover an area of 2.5 million km squared. Today, at my deepest, I reach down 5,267 metres into the cold black trench of the Calypso Deep.

I have an average depth of 1,500 metres and contain close to 3.75 million cubic kilometres of water.
It is, of course, not surprising that, of all the world’s bodies of water, I have had by far the greatest influence on the development of western civilisation.

Indeed, I have often been called the ‘cradle of civilisation’. The kingdoms of Mesopotamia, Egypt, Malta, Persia, Greece, Rome, Arabia and Turkey – all took turns to exploit the great natural advantages of a long coastline.

The empires were greatly enhanced by an abundance of islands, bays, inlets and natural harbours set in a near tideless sea.

As successive cultures fought for dominance and control of the trade routes it was said that, ‘he, who controlled the Mediterranean, controlled the known world’.

Realising this, the Romans deforested entire regions of Mediterranean Europe in search of timber to build their galleys.

Later, Spain would do the same in its struggle for dominance with Nelson’s England.

The thousands of galleons built eventually, of course, led to the forests of southern Europe being consigned to rotting pulp at the bottom of the sea they fought so hard to control.

Two World Wars reinforced the point as great navies clashed for control of strategic islands and those critical supply and access routes, the Straits of Gibraltar and the Suez Canal carved south through Egypt.

That was a bad idea by the way, digging that Suez Canal in 1869. If Africa had intended me to be joined to the Red Sea, I’m sure it could have been arranged naturally.

As it is, with the Red Sea higher than I am, the canal pours Red Sea water at every high tide. And with the water, comes all manner of Red Sea marine life – invasive species that have now mainly displaced the natives and taken control.

That canal has also made me one of the world’s busiest shipping routes; over 220,000 vessels of more than 100 tonnes cross me each year – about one third of the world’s total merchant shipping. This includes 370 million tonnes of oil (more than 20 percent of the world total) and every day I am crossed by 250 to 300 oil tankers.

These poison me with accidental oil spills ten times a year on average, as well as deliberately dumping between 100,000 and 150,000 tonnes of waste crude oil into me each year.

It’s the cheapest way to get rid of the stuff, apparently. But its effect is appalling.

While I comprise less than one per cent of the global water surface, I now receive around 17 per cent of the total oil pollution – especially dangerous for an enclosed sea like me.

It’s the same with tourism. While I offer you clean, warm azure waters, a great climate and thousands of fabulous beaches, you repay me with ‘over-development’, a process aimed to make you the fastest possible buck.

Despite getting smaller by the day I still stand as one of the greatest and most important bodies of water on earth. I have steered the course of world history and shaped entire civilisations.

So, the next time you grab your towel and trot down to the beach, just pause and think for a moment.
Remember who it is you are dealing with; think about what I have given you over the millenia and what you would lose if things carry on the way they are.

All I’m asking is that you show a little respect.

After all… I am the Mediterranean. 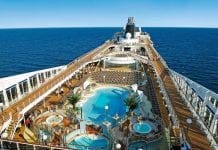 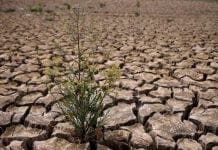