AN amazing collection of never-before-seen photos from the Spanish Civil War is to go on display in Spain next year.

The wonderful cache – including a rare shot of writer Ernest Hemingway – is part of a series of snaps that were recovered in December 2007 after being considered lost since 1939. 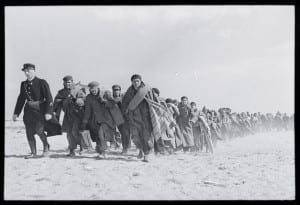 Termed the ‘Mexican Suitcase’, the extraordinary find, which somehow managed to survive the Second World War and a circuitous journey via Spain, France, Mexico and eventually the US, reveals images of a country torn apart by war.

The stunning collection, containing 4500 negatives, documents life during the war as seen through the eyes of three photographers, whose pioneering coverage of the conflict has long been held in high esteem.

They risked their lives to capture the spirit of the conflict, taking some of the most evocative and compelling images of the war that serve to enhance our understanding, not only of the conflict, but also of the human cost. 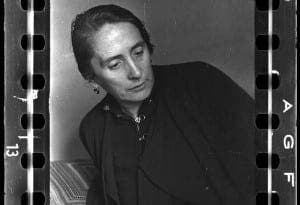 Perhaps then it is no surprise that all three died on the job; Taro in 1937 at the bloody battle of Brunete, her lover Capa, during the French Indo-China war in 1954, and Chim while covering the Suez Crisis of 1956.

Indeed all three tragically went to their deaths long before the Mexican Suitcase was rediscovered, assuming the work had been lost forever.

But now, this captivating exhibition is being put on display in Barcelona next autumn and is also expected to be travelling south to Andalucía.

It is currently running at the International Centre of Photography in New York.

For more background on the story see https://www.theolivepress.es/2008/06/02/priceless-warphotos-may-come-home/