A MOROCCAN gang have been sentenced up to eight years each in prison for kidnapping two children in 2006.

The two brothers, one of whom was only 13, were snatched shortly after they arrived in Almeria in their migrant patera boat from Morocco.

The pair were separated from their19-year-old brother in El Ejido to avoid being caught by the Civil Guard.

The brothers accepted the group’s offer of help, but were held hostage while a ransom of 1,500 euros for each boy was demanded for their release.

The gang was arrested by police after the boys spent nine days in captivity.

They have had an appeal turned down by the Supreme Court and will now go to jail. 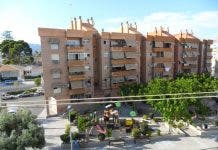