THE New Year to me means paper hats and noise makers, countdowns on TV and watching “the ball” drop in Times Square. Hugging your parents at a family party, when you get older, hugging your friends at a crowded bar where you paid a ridiculous entry fee of 100 dollars.

Maybe share a little kiss at midnight, although that one never really seems to work out for me. I guess that’s why people get married; to lock down their midnight kiss for all their New Years to come. Paying $100 cover charge for a crowded bar, it seems like the kiss should be included. I’m just saying.

This year, being in Spain, it’s most appropriate to assimilate to the traditions and so we buy grapes at the market and mentally prepare to shove them in our mouths at the stroke of midnight. Doing this will bring us good luck and belly aches and also a few good laughs.

We accidently went out dancing until 8am the night before New Year’s Eve so we slept for the better part of the Eve’s day. Again, just trying to assimilate to the culture. We finally wake and have a lazy day of cooking and running errands. We eat and make a cocktail, all the while looking for the news channel on TV playing New Years scenes from around the world. Amazingly, this channel doesn’t exist, or at least we can’t find it on our basic cable.

It seems like in the States every channel is showing people celebrating New Years from around the world, fireworks going off above the Opera House in Sydney, the Eiffel Tower lit up and Italians popping champagne. Now, we turn on “CNN” (presumably Cable News Network) to find some kind of reality show playing!?

Checking the clock we realize it’s almost 11pm already! We need to allow 30 minutes for walking to the plaza where all the grapes will be gluttonously consumed. It’s time to start getting ready. Normally, I think girls are supposed to spend a lot of time getting ready, curling their hair and applying layers of mascara and the like.

My roommate and I prefer to write out a list of goals for the New Year.

This is not really a resolution, but a reflection on the past year and a collection of obtainable things we want for the year to come. Accordingly, the list is called “Something You Want” followed by examples like: to do, to make, to learn, etc. I wish I could take credit for this alternative spin on New Year’s resolution, but it was the brilliant creation of my roommate. I think this is a better way to approach the New Year. Instead of “lose 10 pounds “and “quit smoking” we had broader topics like “something to challenge yourself with,” “things to do outdoors,” and “something to get rid of.” Others worth mentioning were – things to: keep doing, be more consistent with, do for others, do that you’ve never done before, to see (place to travel to), to eat!, to practice, and (my favorite) to come to terms with. If you want to do something nice for yourself, fill out this list of things you want for yourself. Better late than never.

Given the time, retreat into our rooms to dress for the evening. We splash on some make-up, throw on dresses, (grab the champagne bottle and the grapes) and head out the door. We meet some Portuguese people walking in the street, headed to the same place we are. We have a friendly chat while we walk, then anonymously decide we should all run. A street performer playing Christmas music on his accordion shouts “ole!” as we run by…just in case we forgot we were in Spain.

We arrive at Plaza Nueva as everyone is popping grapes in their mouth. Champagne is flowing all around us. We take out our New Year’s Eve ingredients and join the crowd. Not having a chance to remove the pits, eating several grapes at once means chewing pits (yuck) or spitting them out as you go (very unattractive). I choose the latter. Happy New Year…huuuuck –pthoo. 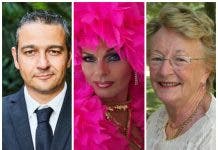 WHO ARE the British nationals in Spain handed medals by Queen in 2020 New Year Honour list? 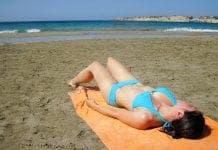 New year new me: 7 ways living in Spain’s Andalucia can benefit your health 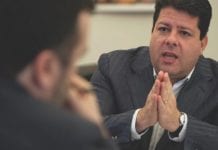