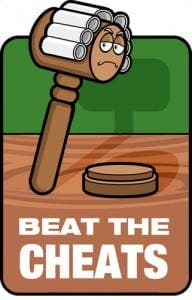 A BRITISH fugitive wanted by police for massive benefit fraud and forgery is living large in Mijas Costa.

A number of concerned readers have been in touch after the authorities failed to pick him up. The Olive Press is now working with Scotland Yard in a new bid to have Robert Brennan, 67, arrested.

The Scouser was also being sought for sex offences, although one case involving a juvenile has recently been dropped.

A spokesman for the Serious Organised Crime Agency (SOCA) said last night, it would “still be great to track down Brennan who is awaiting sentencing for fraud.”

He had cleverly forged the signature of his brother, who had, in fact, lived in Germany for over 30 years.

But his subsequent disappearance prompted police to seek an international arrest warrant in April 2009.

The following month, it was reported that Brennan was also facing a string of sex offences dating back to the 1990s.

The Liverpool Echo said he was charged with 20 allegations of child sex abuse. However, Merseyside Police confirmed this week that the sex abuse charges have since been dropped.

A spokesman confirmed: “Following a three-year investigation into allegations of sex offences, the Force has been advised the case should be discontinued.”

The spokesman was unable to confirm the reasons why the case had collapsed.

However, she added: “We still want him for benefit fraud and forgery.”