IT started as a means of removing children from families deemed to be ‘politically dangerous’ to the regime of former dictator General Francisco Franco.

But the appalling process of confiscating babies at birth eventually evolved into an illicit money-making business involving thousands of doctors, nurses, nuns and priests from all around Spain.

The story of Franco’s so-called ‘stolen babies’ – who were snatched at birth and sold for adoption – has become infamous as a by-product of the cruel dictatorship that lasted for four decades until his death in 1975.

But, what is now starting to emerge is perhaps even more shocking. For it appears that the process of having babies adopted for so-called idealistic reasons actually carried on well into the 1990s.

It has recently come to light that despite welcoming in the new age of democracy after Franco’s death, mothers continued to be told that their newborn babies had died, when they were in fact sold on to childless couples, often for upwards of 120,000 pesetas, which at the time was enough to buy a house.

What is also painfully apparent is that the scandal has now reached almost endemic proportions and can no longer be swept under the carpet.

In the space of one month earlier this year, the number of complaints that was brought before the Madrid courts more than tripled.

In January, the families of 261 babies who had disappeared in Spanish hospitals since the 1940s presented their case to the attorney general’s office in Madrid.

Their claims were backed up by evidence from nurses, as well as parents, who admit that they illegally adopted babies under the old system.

Since then, this has only continued to grow.

One association specially set-up to deal with the cases – the Asociación Nacional de Afectados por Adopciones Irregulares (ANADIR) – estimates that the number of ‘stolen baby’ cases could amount to 300,000.

The numbers are growing at such an ‘alarming’ rate, that the association is already speaking of being ‘the greatest legal scandal of our times’.

It is certainly not falling on deaf ears with the Spanish government announcing in March that each new case has to be fully investigated.

Now, it has also emerged, that a number of doctors and midwives could face prosecution for their involvement in the scandal.

The victims are also asking for urgent help from the government to foot the mounting bill for DNA testing and the association is demanding an urgent meeting with Prime Minister, José Luis Rodríguez Zapatero.

They picked on the most vulnerable; the women least likely to ask questions

“Our aim is to reunite these families, but it costs money and the government needs to step up to help cope with the avalanche of cases.”

The one redeeming feature of this sad tale is that after decades of mourning for children that were taken away, some Spanish families are being reunited.

There is now one remarkable tale, of a mother who has now been reunited with her daughter after 40 years.

It comes after the daughter hired private detectives to trace her biological mother, who had been left to mourn the baby that she believed had died at birth in Barcelona in 1971.

Now a DNA test has proven beyond a shadow of a doubt that the two women, who have not been named, are indeed mother and daughter.

“Seeing a mother hugging her missing daughter is priceless”, said Gomez. “We hope it is the first of many reunions.”

The scandalous practice first began in 1940 a year after the civil war ended, when Franco legalised the practice of taking babies from their parents if their “moral education” was at risk.

This effectively meant any parents whose social, political and religious views did not match those of the right wing dictator.

In addition, a law passed the following year allowed the state to change the surnames of children in their care.

Original records were either tampered with, destroyed or simply closed to make the victims’ past completely untraceable.

The practice later involved telling the mother her baby had died in childbirth.

She would be fobbed off with a horror story about the umbilical chord becoming entwined around its neck or the amniotic sac breaking.

Either way, she would not be given the baby’s body to mourne its loss. All she could see was a couple of blatant lies inserted on the official birth register at each hospital.

But now, recent searches of cemeteries have revealed few records of baby deaths and undertakers have unearthed the haunting practice of burying empty coffins.

What has emerged is clearly a well thought-out operation involving a considerable number of people, particularly in hospitals.

Gomez revealed: “They picked on the most vulnerable; the women who were alone, away from home, with no money or family to help and the least likely to ask questions.

“We have some names of alleged offenders – especially doctors and midwives – but in the end there will be thousands of people involved.”

However – as in the case of the mother and daughter who were recently reunited – in 99 per cent of cases, the adoptive parents were unaware that the child was stolen.

They were merely told they had been abandoned as the real mother could not care for them.

In some cases children were then adopted in circumstances that seemed legal, while in others, children were actually registered as the biological children of their adoptive parents.

Either way, ANADIR holds little resentment towards the ‘false parents’ insisting that they are also victims in the saga.

“They are not the guilty ones, they are victims too and were unaware of the pain they were causing,” said Gomez.

“This was their only chance for a child and they took it believing the real mothers of the babies either had too many children, were prostitutes or had a baby out of wedlock.

“Justice will come from the prosecution of the doctors, nurses, nuns and monks who were directly implicit in selling the babies.”

For the moment ANADIR is helping to bring each individual case to light hoping to use a DNA bank to reunite as many of the families as possible.

The next step, which is just around the corner, will be to find justice in the courts for a generation of stolen babies and the mothers who never gave up hope of finding their children.

“Who took my two babies?”

In the case of Carmen Martinez she was a teenage mother who lost not one but two children in unusual circumstances.

“It was a complicated birth and I slept through it,” she said.

“When I woke up I was told that the girl had died and that the hospital would take care of it.”

Then three years later she gave birth to another child in the Hospital Santa Caterina de Girona.

This time they took the baby away insisting Carmen, who is now 47, had signed to give the baby up.

“It was a hospital run by nuns who helped young mothers.

“They made me sign a form when I entered and I stayed three months.

“But when the baby was born a nun shouted at me that it was not mine. She said I had given it up and signed. I couldn’t do anything; I had run away from home and I was alone.” 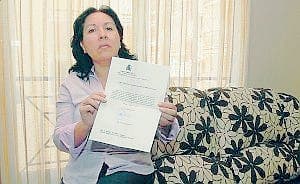 No record of burial

In February this year the first ‘stolen baby’ case reached the courts in Spain.

It came after a seven-month investigation into a case from 1970 brought by Isabel Aguera Vazquez from Estepona on behalf of her mother Maria.

Maria gave birth in Malaga Civil Hospital but was told that her baby had died minutes after birth.

The hospital bosses insisted they would take care of everything and the baby would be buried beside a wealthy Malaga gentleman.

But, the Malaga court later heard how there were clear discrepancies between the cause of death listed by the hospital and the civil register.

On one it said it was due to a break in the amniotic sac and another that it was due to a complication with a caesarean section. There is also no record of the child’s burial.

After four decades the case finally reached the courts.

And since then, many more are being investigated in Malaga. 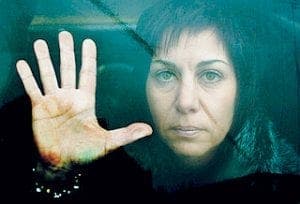 One of the stolen babies, Maria Labarga Vivanco, 42, from Burgos is now looking for her real mother after discovering four years ago she was adopted.

“I don’t know when I was born nor where, nor who my real parents are or how I came to be adopted or stolen,” she said.

The only thing she knows with any certainty is that she is not the biological daughter of the parents who raised her, despite what it says on her birth certificate.

She made the discovery when she suffered complications during her third pregnancy and needed to know the medical history of her family.

Initially her mother denied she was adopted, but finally her aunt revealed the truth – that her parents had paid the ‘equivalent of a house’ for her.