HE has been almost continually behind bars since 1976, but Spain’s longest-serving prisoner is a free man after being granted a pardon.

Well, at least he should have been, after the outgoing socialist government agreed to let him out of prison to spent Christmas with his family.

But, after a horrific mix up Miguel Angel Montes Neiro, 61, from Granada, was forced to spend Christmas behind bars.

It appears that while outgoing Home Office Minister Jose Bono did indeed sign a release form, it was only subject to a review.

It then emerged that the parole board at Granada’s Albolote prison was not able to have a sentence review until yesterday (Dec 29). Despite huge media pressure the board insisted that regulations did not permit them to allow him out before then.

Montes — whose offences include armed robbery, drugs trafficking and possessing weapons — has spent more time in prison than most murderers and terrorists. He was exonerated on December 16 however, after 50,000 people signed a petition organised by his family.

He was predictably delighted when news of the pardon broke, telling his family by phone: “Don’t come to the prison gates when I get out, I want to walk the first two or three kilometres so I can feel the fresh air like a free man.”

If he had been kept in jail until the end of all his accumulated sentences, Montes would not have been released until 2021.

Incredibly the prisoner made eight successful prison breakouts during that time, usually to be quickly recaptured.

In the most recent breakout in 2009 he spent two hours attending the wake of his mother in Granada city.

On other breakouts he was able to stay free long enough to marry twice and have two children — and to commit a string of hold-ups and kidnaps.

His escapes include one from a maximum security prison in the Spanish colony of Ceuta in 1979, but perhaps his most dramatic breakout came in 1981: after hanging himself in a staged suicide bid, breaking two ribs, he escaped from prison hospital in a taxi.

On the run for a total of three years, his repeated recapture was facilitated by his tendency to remain in or near his home town. His one spell abroad, in Morocco, ended when he returned to Granada because he missed his family.

He spent his first night in the cells in 1966, aged 16, when he was arrested for stealing a packet of cigarettes.

His first formal sentence came a decade later for desertion — but not before he had spent to days in army prison for stealing a submachine gun. 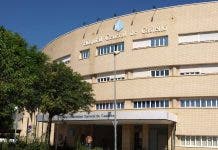