A BRITISH couple have been jailed after cheating holidaymakers out of 130,000 euros in a villa rental scam.

Tracy and Derren Grant leased their 1.2 million euro holiday home in Mallorca to a retired expat businessman, who made the six-bedroom property his permanent home.

Despite this, the Grants continued to advertise the villa on several holiday websites and took deposits from families looking to rent between February and July 2009.

In one case on May 25, four different parties were booked for the same week.

After admitting to 19 counts of fraud, the couple were ordered to repay 24,000 euros in compensation, with Derren Grant receiving a 27-month sentence and his wife, nine months. 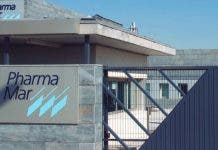