A COUPLE are demanding action after the Malaga Law Society refused to strike off a lawyer who stole 22,000 euros from them.

Australian Aranza Munoz, 44, and her husband Jose Luis, 54, feel ‘betrayed and exploited’ after the regulatory body decided not to take action against Samuel Huesca Triano.

It comes despite the solicitor being jailed for stealing the couple’s money, which had been given to him to pay the tax authorities on their behalf.

Huesca was found guilty of misappropriation of funds and was jailed for two and a half years in 2009.

The money had been given to him to pay tax on a house the couple had bought in Murtas, in Granada’s Lecrin Valley in 2007.

Despite this, the Law Society told the couple it did not believe there were grounds to strike him off.

In a complex legal reply, seen by the Olive Press, it insisted there would be no action. Despite our requests, it has failed to explain why.

It has since emerged that the lawyer – a former PP councillor in Rincon de la Victoria – had been convicted of misappropriating clients’ funds before.

On top of this, he was previously suspended by the Law Society in 2004 over another incident.

“We feel betrayed that the responsibility to regulate a dodgy lawyer has been dumped on us,” said Munoz, who was born in Australia to Spanish parents.

“The Malaga Law Society has clearly washed its hands of it and when he gets out in a few months time he will be able to practice again. We have probably lost 70,000 euros between legal fees, penalties and the money stolen.”

She continued: “How many times is the society going to allow him to steal from his clients before it takes action?

“They should be clamping down on dodgy lawyers as this leads to injustice and is damaging to Spain’s image.”

A spokesman for the society insisted she would be looking into the claims, but failed to get back before deadline. 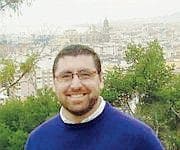 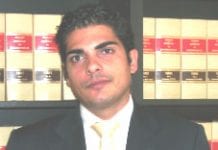 Complaints against lawyers ignored in Spain