HOW would you feel if you lent 500 euros to a close friend and, when the time came to get your money back, he told you that he could only afford 250 euros?

Take it or leave it!  Putting it mildly, I strongly suspect that the short answer is: rather upset.

Now, scale up your 500 euros to a few squillion euros and put yourself in the shoes of the financial institutions who lent money to Greece.

How do you feel now?

Still upset but cognisant that things could be a lot worse.

I don’t suppose your pain will be eased by the news that, alongside the probable default by Greece, nine of your other friends (France and Spain included), to whom you have also lent money, have had their credit ratings downgraded and are starting to look decidedly risky.

Now you are nervously jangling the coins in your trouser pocket.

All in all, not a good start to the New Year.

Everyone was expecting France and Germany to sort out the mess or for the European Central Bank at least to guarantee the collapsing economies but even its reserves are dwarfed by the collective national indebtedness of the problem member states.

Maybe the Eurocrats should consider the escape route employed by countries like Italy and Spain in the days when they controlled their own destinies and devalue the Euro against the major world currencies.

Exports would be less expensive, tourism would be more attractive and imports (from non-member states) would be discouraged.

Aren’t you glad that you are not the minister charged with sorting this lot out?

Lesson to learn: Pick your friends carefully, especially if they want to borrow money from you.

Question to ask: When the debt fails, who will guarantee the guarantor?

Abiding thought: You wouldn’t be Germany for quids!

SOMETIMES, when I read reports of bureaucratic decision making I wonder if my eyes deceive me or whether it is April Fools Day again.

Evidently a couple of people who live in the village of Mychett, Surrey, NSGB got fed up with seeing assorted garbage dumped on the grass verge and the rampant weeds outside of their home.

Out of the goodness of their own hearts and their concern for their environment this couple, let’s call them Samantha and Colin (because those are their names) spent hours cleaning up the rubbish, trimming the hedges and pulling out the weeds.

Now, you and I, being sensible citizens, would applaud the endeavour of these model residents; wouldn’t you like them to live next door to you?

I bet they didn’t even use their lawnmower on Sunday mornings in case the noise disturbed anyone.

So how did the twerps who run Surrey County Council (SCC) react when they discovered this altruistic investment of time and energy?

They wrote to Samantha and Colin giving them the option of: (A) returning the grass verge to its previous condition, i.e. strewn with rubbish, weeds and overgrown hedges, or (B) paying £78 (roughly €95) for a retrospective licence to do the work that the Council was supposed to do but didn’t, couldn’t or wouldn’t get around to actually doing.

I suspect that this type of malaise is not restricted to this council so, for a moment, let’s ignore the fact that SCC charge exorbitant amounts of tax each year to undertake this work.

Let’s forget that anyone in a position of authority who has the IQ of kelp should be pleased to see work done at no cost to their own exchequer.

But let’s remember that councils like this are populated by mindless jobsworths and, at the next election, let’s vote for someone else. 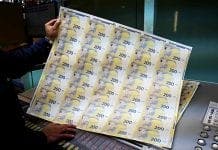 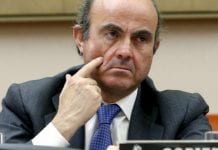 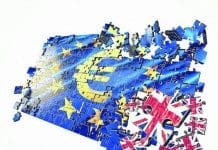 Brexit, house prices and reasons not to worry