IT is one of the most exciting companies to arrive on the Rock in years, and so it is not surprising perhaps that Gibraltar’s First Minister Fabian Picardo is due to appear in person to celebrate the launch.

Savills – with over 200 offices worldwide and a mailing list that includes some of the world’s wealthiest people – has opened the latest addition to its network, Savills Gibraltar at Icom House in Irish Town.

“Some people have suggested that we must have been mad to start another agency here.

“But the way I look at it, if Gibraltar continues to progress as it has been as a finance centre, then it is absolutely the right time and I am sure that it will be a success.”

She continued: “While there are already over 30 estate agents in Gibraltar, there are only three who really concentrate on the top end of the market.”

Savills Gibraltar has a large portfolio of properties to purchase or rent and already includes a marina townhouse priced at a cool £4.2 million and a Penthouse currently available for £1.5 million.

Armstrong, who previously managed the office of another agent in Gibraltar, has also identified an exciting new trend in relation to a certain age group who have been snapping up property in Gibraltar.

“Right now we get quite a lot of English people in their late 50s and early 60s moving here, many of whom have sold companies for instance, and are looking for a place in the sun” she said.

“People come to Gibraltar for the tax breaks and the lifestyle. The climate is also great, the language makes it easy to settle in and it is just a two hour flight from home!” 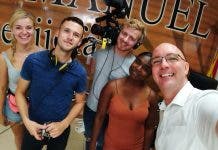 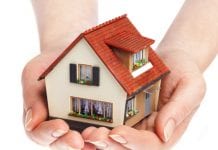 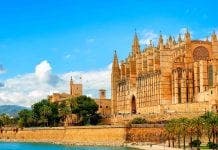