A SPANISH boy with cerebral palsy may learn to smile for the first time through pioneering treatment in the UK, which is unavailable in Spain.

Pablo Fernandez Ruiz, 15, from Frigiliana, is unable to move his limbs or sit up without assistance.

But his mother, Yolanda Ruiz Gonzalez, is hoping to improve Pablo’s quality of life using Scotson therapy at a clinic in Sussex – which is expected to cost over 10,000 euros over the next three years.

Yolanda discovered the technique, which uses breathing and massage to help develop brain function, after her sister saw a TV programme about a five-year-old boy in Cadiz, also with cerebral palsy.

“It was amazing,” she said, after visiting the boy and his family. “He was very much affected by his condition beforehand but after the treatment he was so much better.”

Yolanda knew she had to give Pablo the same opportunity, but sadly did not have the money to pay for the treatment in the UK, so she approached Frigiliana Town Hall, who helped her fundraise.

A staggering 6,000 euros was raised on San Sebastian Day in January, where Yolanda held a raffle and manned a special bar, securing funding for at least a few of the nine trips she expects to have to make to the UK.

“Words cannot express how touched I am by the support of the people in Frigiliana,” said Yolanda.

“People have been stopping me in the street to give me money I know they don’t even have, because they are unemployed.

“I am a weaker woman than many people think, and extremely shy – but fighting for my son and seeing all the support from others is giving me strength.

“I never expected to see so much love for my son,” she added.

Kevin Wright from the town hall’s foreigners’ department will accompany the pair and act as an interpreter for Yolanda and Pablo during their trip.

“I am honoured to be involved,” said Wright, who has been given the week off by the town hall to help out.

“I have known Yolanda for a while, and when I found out they were going to the UK to help Pablo I thought, ‘how is she going to learn about the technique when she doesn’t speak a word of English?’ So I offered to go with her.”

The team will leave Spain on March 11 for the first week-long trip to Sussex. 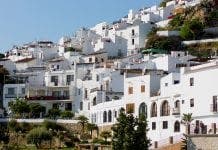 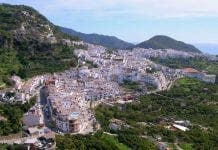 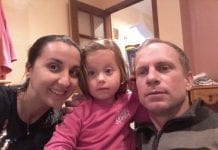