Home Other News Education Fun and games at the British School of Marbella
Share
Facebook
Twitter
WhatsApp
Pinterest
ReddIt
Email
By Ash Bolton
It’s been an action packed few weeks at BSM, with more events than you could shake a stick at.

A cafe excursion, an open day, a book week, talent show rehearsals and several assemblies have meant that the coffee machine in the staff room has been brewing 24/7.

Launching into a performance with an array of Welsh accents that Sir Tom Jones would be proud of, Miss Leach also informed the school that one of the longest place names in the world is in Wales-Llanfairpwllgwyngyllgogerychwyrndrobwllllantysiliogogogoch!

Foundation stage leader Miss Fry, not to be outdone, then sent the children from cookery club home with Welsh cakes, which actually proved to be quite tasty.

A Scottish themed assembly is now rumoured to be on the cards with fellow teacher and proud Scot Miss Chalmers threatening to unleash the bagpipes on an unsuspecting crowd of children.

In other news, both children and teachers have been preparing for this year’s eagerly awaited talent show.

After a stunning victory by Emma last year (she made a coin disappear in front of a crowd of stunned onlookers), the bar is set to be raised by a number of songs, acts and performances this month.

Teachers are now conducting secret rehearsals for a play called ‘The Enormous Turnip’, where they will play each other and imitate each other’s accents and mannerisms.

Not surprisingly, there has been a bit of reluctance for members of staff to play head teacher Mrs Andrews this close to performance management reviews.

But stellar performances and possible Oscar nominations could be in line for the portrayals of board member Michael Elms, Northern Irish Miss Shannon and one of two larger than life parents. 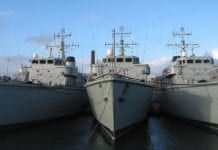 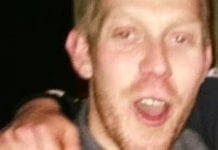 BREAKING: British tourist killed in ‘fight between holidaymakers’ in Benidorm