A SATELLITE provider has come under fire for conning pensioners out of hundreds of euros.

In a case remarkably similar to that of Free2viewTV – which the Olive Press investigated last year – a trio of victims have complained.

British expat Joseph Crawford, 73, has filed a denuncia against Costafreesat after the company allegedly overcharged him for work.

“They advertise a 10 per cent discount for pensioners but it is a strategy designed to rip off the vulnerable,” explained Crawford, who recently moved from Marbella to Benalmadena.

“I hired them to put up my satellite dish, which cost me 400 euros as they claimed they had used 150m of cable.

“Then, when I lost signal a few weeks later I discovered my dish had vanished and I was merely connected to my neighbour’s dish.”

When he rang to complain, the company first insisted they had never heard of him, then said he wasn’t in when they came round to solve the problem.

He eventually paid 77 euros to another company, Skydoctor, to put things right.

Boss Mark Wood insisted it wasn’t the first time he had fixed problems caused by Costafreesat. “I don’t know how they get away with it,” he said. “They are putting our trade to shame.”

Rival Mark Greenhalgh, of Camposat, added: “When customers complain they swear at them down the phone.”

It is remarkably similar to the case of Free2viewTV the Olive Press reported on last year.

When we spoke to boss Steve Rose he threatened to sue us if we reported on it.

He had previously threatened to sue a customer who had complained and warned him his wife was a lawyer.

By email he wrote: “Get a life you muppet.”

Another victim, Rosemary Mitchell, 62, from Pizarra, who has recently had similar problems with Costafreesat said: “They seem to delight in upsetting older people.”

When we contacted Costafreesat this week, its boss Steve, refused to give his surname, but then later answered to the name Steve Rose.

He denied the allegations of Crawford and insisted he had seen no denuncia.

“It was a massive job and I had to get permission to run cable over seven or eight floors and it took us six hours. “We certainly didn’t steal it. It is a 1.3m dish; it’s not something you can hide in the boot. He’s just confused.”

He added: “Why are you trying to destroy us? We are just people making a living.” 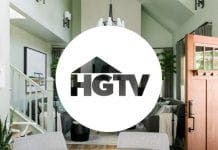 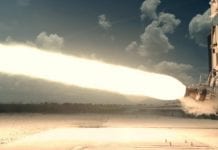 Max Polyakov’s Firefly Aerospace and Other Space News of 2017 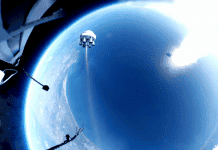 Isha Sesay - 20 Oct, 2020 @ 16:15
The restrictions will start on Wednesday, October 21 and serves to reduce the spread of coronavirus on the two islands