THE Tres Sesenta festival invaded the castle walls of the normally immaculate ciudadela to offer a three-day line up that was nothing short of luminous.

A whole host of festival goers that you don’t normally see in respectable old Iruña seized the ciudadela for a weekend of rock and indie. With a vast selection of local and national bands, this carefully thought-out and intelligently executed festival marked a big moment for the music scene in the unassuming city of Pamplona. Even the plods couldn’t calm this unruly disturber of the peace. (They arrived with their decibel reader, nobody cared).

A warm-up on Thursday evening saw local groups Joe La Reina, Muy Fellini and El Columpio Asesino entertaining like old friends. The public enjoyed a free pintxo (tapas) and a glass of something with their €6 ticket (entrance was free for those who’d bought the weekend pass at an unarguably cheap price of €45). The long summer evening allowed for lounging festival enjoyment with a scattering of cushions, a cool glass of Kalimotxo (an ingenious mix of coke and red wine) and warmth in the air, such is the uniqueness of Spanish festivals.

Cápsula, was the third act of the evening, and although the sun was still shining, their wild Argentinean smoulder rocked the arena. The red-clad lead entertained with his escapades, jumping off the stage and trying to swallow the microphone.

We Are Standard, having won MTV’s award for best Spanish band, were the most internationally acclaimed band of the evening. They followed the psychedelic rock of Cápsula with their reminiscent 90s electronic indie. The euphoric build-up in their melodies captured the audience and made for some sweaty festival dancing.

Next arrived the guapo indie group Supersubmarina. An excited mob of female fans were waiting like baited piranhas for the group they most wanted to have babies with (according to the home made placards). Their pop-rock sound was popular, as well as their generosity as they threw their belongings into the crowd. There was much female scrapping and scrabbling to get ones hands on their drumsticks, so to speak.

Love of Lesbian, an indie pop group from Barcelona, had some big tunes to offer the crowds and rounded the night off nicely as everyone sang the evening out. Their performance was calm and earthy, inducing swaying of the lighter and general happiness.

Well, after the intensity of the second night in the ciudadela and the numerous after parties, the effects of which could been seen in the pasty faces and gentle sipping of the first caña, the line up for Saturday offered an equally exciting selection of acts. Amor de Tokio and Triángulo de Amor Bizarro introduced the evening. The sweet vocals from, Isa, the lead of Triángulo de Amor Bizarro set against the blood-pumping tunes were in pleasant contrast with the other male-dominated acts.

Eladio y Los Seres Queridos played some slow feel-good songs, even pummelling out a rendition of forever young to the delight of the audience. Xoel López introduced a gentle folk sound to the festival with flamenco undertones and great percussion from the bongo drums.

Vestusta Morla with their hot indie folk sound gave a sharp performance, their popularity and quality a result of 10 years of perseverance on the Spanish gigging circuit.

Finally, Mendetz stormed in as the last act of the Tres Sesenta festival 2012. Their energy-boosting set changed the mood and frantic finger-pointing dancing took over as the then pleasantly inebriated crowd soaked up their euphoric electro and ambidextrous musicality.

An enchanted local, Nerea said, “There were bands which really surprised me, Cápsula for example were really entertaining. It’s been the first time an indie festival has taken place here and all the music lovers of Pamplona are looking forward to the Tres Sesenta 2013”.

A raving Brit’s opinion, Nick, “The music scene in Pamplona needed a bit of a shake up and this festival was it. Dinero are worth checking out and Mendetz were incredible. With an entertaining line up, cheap drinks, good food and a local feel, this festival has got it all”.

An unsuspecting student, Aussie Ed, “Highlight of my year here. You should know, Pamplona’s not just all about San Fermines…” 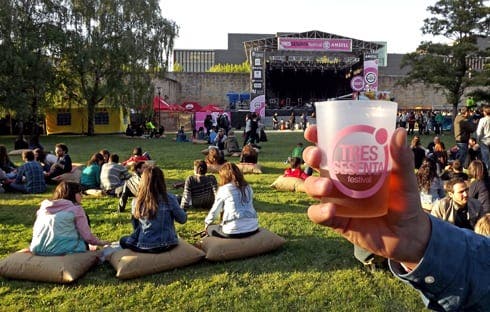 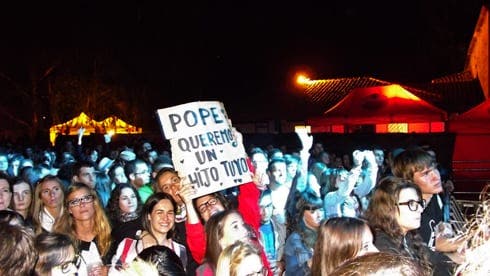 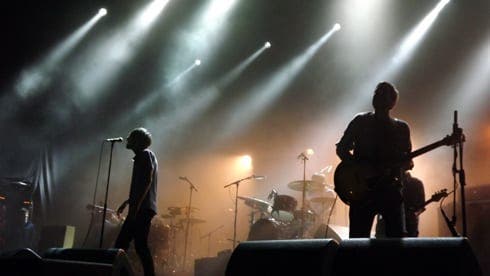 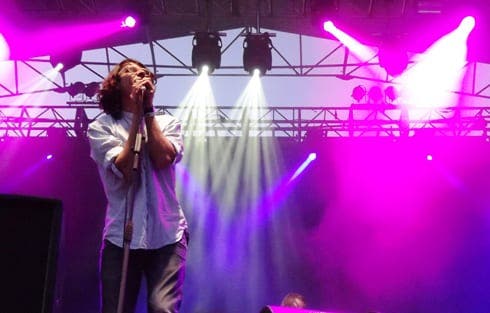 Check out all the photos from the weekend here.