WHEN the Catalan government let Google Translate loose on its website last month, the results produced in English were hilarious.

As reported in the Olive Press, and to the delight of Spain’s national press, current president Artur Mas – who ironically is fluent in English – appeared as ‘President More’.

The Catalan government was quick to justify its actions, saying Google’s automatic translation had only been provided as an interim measure while the funds were gathered to translate the government’s new websites properly.

“In the meantime we thought it would be useful to provide a link to Google Translate,” a spokesman told the Olive Press.

“None of the errors were hosted on the government’s servers, nor had they been translated by the government itself,” he continues, adding that the pages were removed as soon as the errors became apparent.

But the damage had been done, with one commentator suggesting it was ‘pathetic’ that a public body should use a free online translation service such as Google Translate.

So, how does this automatic translator work and is it useful?

“It looks for patterns in hundreds of millions of documents to help decide on the best translation.

“Since the translations are generated by machines, not all translations will be perfect and sometimes there will be mistakes.”

This is a bit of an understatement really, as will be testified by most people who have used the service.

“Japan’s imperial family, and benevolent Prince died on the 6th,” starts an English Google translation of a random article on World Journal, a Chinese news website.

“He is a cousin of Emperor Akihito, close to the people the image of Japanese nationals praise, because the bodily functions of cancer failure and died at the age of 66,” it continues confusingly.

So while Google Translate may be useful for getting the gist of a text in an unfamiliar language, to rely on it would be a little foolish to say the least. 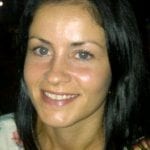 As Aine O’Donnell (left), a Mijas-based translator from Ireland, says: “If Google Translate (or any other statistically-based machine translation service for that matter) had any hope of translating a text accurately, why would anyone spend four or five years studying to become a professional translator?”

O’Donnell, 32, who translates from French and Spanish into her native English, says that no matter how hi-tech they seem, machines will never be able to replace human translators.

“To translate well you need to know the context and the tone,” she explains.

“Furthermore, look at how many homographs (words that are written the same but have several different meanings) we have in the English language.

“A machine could never possibly detect the individual meanings for all these correctly.”

Which is why, thankfully, most reputable bodies and companies are aware of the need to pay to get the job done properly.

And it seems it is big business – with translation companies like O’Donnell’s, AOD Translation Group, charging anything between four and 13 cents per word depending on the type of text.

Indeed, the European Union’s annual translation bill is a whopping €1.4 billion, which takes in a colossal 1.3 million pages of text and 11,000 meetings.

Interestingly though, when the UK National Health Service (NHS) was criticised for spending €73,000 a day on translation earlier this year, think-tank 2020 Health recommended they use free internet translation software in order to cut costs.

But, as the Catalan government can testify, this would be asking for trouble – especially when you consider the sorts of texts the NHS needs to translate.

It might be a matter of life or death!

For less serious texts though, it may seem unnecessary to spend so much money on translation.

Tourism literature, for example, is unlikely to be technical jargon or complicated medical terms.

But sadly, this attitude means that many documents published in Spain aimed at English tourists have got ‘I’ve been translated by a Spaniard’ written all over them, with tell-tale mile-long sentences and baffling descriptions aplenty.

As it says on the sports section of the Junta website, andalucia.org: “The following list of sporting events are mostly considered to be of a great importance because they represent abroad the Andalusia Tourism Brand, economically invigorate the Community and also encourage sport practice.”

It struggles on: “Besides, they have a great capacity to attract tourism, as well as a wide national and international media coverage. Thus it is considered to be of great interest their publication and dissemination in Andalusia Tourist community.”

The Olive Press has a hunch this may have been written by a non-native English speaker.

Which begs the question – are Spaniards under the false belief that, with a little English, they are capable of delivering a satisfactory version of their native Castilian? “It’s a case of someone saying, ‘my cousin can do that – he speaks English because he spent three months in Oxford’,” says Lenox Napier (left), a journalist based in Mojacar who was left bewildered when he received correspondence from his bank, Unicaja, proudly stating: ‘Now we speak the same language yours’.

“They never think to get a proper translator in,” he adds.

Another example can be seen on a sign on a Malaga motorway advertising ‘locals for sale or rent’ – leaving the reader wondering what exactly the services on offer are.

As O’Donnell confirms, the only way of getting the job done properly is to get a native speaker to carry out the translation.

“It is probably the MOST important requirement.

“A non-native, no matter how fluent and immersed in the target language they are, can never truly write like a native.

“Even if a sentence is grammatically correct, a native simply knows when it doesn’t sound right.”