This ‘sacred mountain’ refers to a pyramid shaped hill just below the town.

The hill, now known as Old Mojacar, has an Arab water deposit on its summit, innumerable ruins at its base and the dry river Aguas to its rear.

The current location of Mojacar however – at the foot of the Sierra Filabres – is a more defensible site with available water and retreat routes.

Sitting at 400 metres above sea level and a kilometre inland, it has always been a safe haven from the Barbary pirates and corsairs.

Settlements here can be traced back to the beginning of history, and include Phoenicians, Greeks, Trojans and the Icini (the original ‘Beaker People’).

Mojacar was a fortified town in the Moorish era, and fell to the Christian Kings – Isabel and Ferdinand – in 1488.

Everyone was promptly slaughtered.

Or left in peace, if you believe the plaque located at the Moorish fountain.

The Civil War had taken its toll, Mojacar being enthusiastically ‘Red’, leading to most of the locals being obliged to take off for foreign climes after the Nationalist victory.

Indeed by 1960 the only real farming was some tomato plantations on the beach, and little else. Land then was a peseta for 10 metres square. We stayed firm. It would never go up in value… 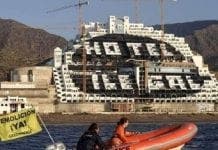 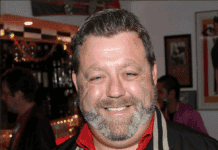 Meet the expats standing in the upcoming local elections