MEMORIES of dodgy sets and bad acting have plagued the name Eldorado for over 20 years. Yet surprise, surprise, it emerges that thousands of nostalgic fans want the Andalucia-set sunshine soap back.

As revealed in our last issue, the BBC has been inundated with letters and emails demanding a return for the beleaguered show that was canned after just one year, despite ratings of almost 12 million viewers at the end of its run.

As it turns out it would not actually be all that hard to bring back the fictitious village of Los Barcos, as the entire set still stands proud on the outskirts of Coin.

It is certainly proving a relishing prospect for former cast members, including Julia Fernandez, who told the Olive Press this week: “I would love it, I think it’s a terrific idea.”

The actress, who played feisty teenager Nessa Lockhead, continued: “I loved living in Spain, the food, the people and the general way of life. Especially the sunshine as I function much better in the warm weather than in the rain.

I loved that we would all meet up late and go out for dinner at amazing tapas restaurants. It would be great if it came back.”

So with talk of the Spanish sitcom re-appearing on British TV, we take a look at some of the other times Espana has graced the UK small screen…

Benidorm: The most famous TV show in Spain is currently Benidorm, the ITV hit that joins a group of typical ‘Brits abroad’ at an all-inclusive resort. With families from hell, middle-aged swingers and sleazy waiters; the comedy has become one of Britain’s most popular shows since its debut in 2007. Filmed mostly at the Sol Pelicanos Ocas Hotel, in Benidorm, it also uses some of the town’s other tourist hang-outs like Morgan’s Tavern.

Four in a Bed: Expat B&B owners went head to head in February on the Channel 4 show. The competition recently featured Jed and Amanda Filmer who own La Tartana hotel in La Herradura, which was rather spectacularly criticised. In classic Come Dine With Me fashion, the sarcastic but hilarious Dave Lamb narrates as the four couples squabble among themselves. 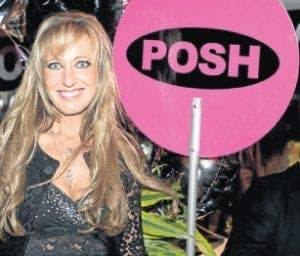 Marbella Belles: Long before The Only Way is Essex (TOWIE) hit the Costa del Sol, a similar gang of bronzed and bleached-haired Brits inhabited the bars of Puerto Banus. These champagne-fuelled ladies of leisure left the UK to spend their days cruising down the golden mile for the hit ITV show in 2007. Always on the look-out for Mr Right, Louise Truelove (above) and co enjoyed nothing more than partying, pampering and plastic surgery. Sadly it didn’t prove to be a hit back home.

Duty Free: The British sitcom written by Eric Chappell and Jean Warr, aired on ITV from 1984 to 1986. Although set on the Costa del Sol, the show was filmed almost entirely in Leeds! The comedy series featured two couples, the Pearces and the Cochrans who met while holidaying in Marbella. A mixture of sun, sea and infidelity gained the programme viewing records at the time.

Towie’s The Only Way is Marbs:
Marbella was overrun with Vajazzles and Vodka last month when the ITV stars arrived to film their annual summer special in Spain. Almost instantly breaking the producer’s rules of not indulging in too much booze, the gang attended a champagne spray party with rapper Tinchy Stryder. Their time on the Costa del Sol had another hiccup when some of the cast complained about being overworked and underpaid. They were obviously feeling the stress of sitting on banana boats in the sun.

The Garage: Scottish expat Jock Campbell runs a Marbella garage, and runs it like a true Scotsman. The show, which ran for three series on The Discovery Channel, from 2005, followed the team of British mechanics as they fixed cars, adjusted to life in Spain and tried to cope with Jock. With a passion for automobiles and a sharp tongue, Jock’s love of expletives made Gordon Ramsay sound like a choir boy as he roamed around the garage reminding his staff who is boss. 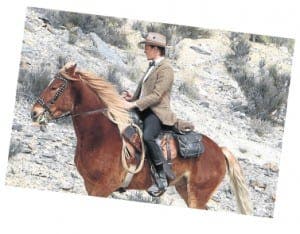 Doctor Who: The cast and crew of the popular sci-fi show arrived in the Tabernas Desert earlier this year to shoot a western themed episode. Time Lord actor Matt Smith blasted bad guys in front of the same mock-up bank, saloons, and Victorian style houses that Clint Eastwood and other stars of the Spaghetti Western did throughout the 60s and 70s.

When it comes to cooking there have been numerous shows set here, including…

Jamie Oliver Does Andalucia where Jamie spent three days in and around the Serrania visiting the area’s best butchers, tapas bars and pastelerias before cooking an incredible street paella for 500 people in the village of Benaojan. A generally disappointing show lacking substance, the chef was however, blown away by Ronda’s Almocabar restaurant, insisting: “I swear to God, these Spanish really know how to cook.” 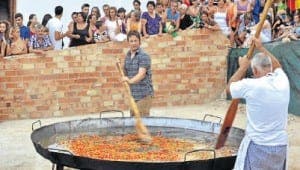 Sam and Sam Clark of Moro have done shows based on the cooking here, while most recently Rick Stein’s Spain undertook a much more in depth and watchable four-part series on the country, ending up in Andalucia, in a rental house in Casarabanela, in case anyone is interested.

But the true doyenne of cookery shows, Keith Floyd did numerous programmes on the country over his illustrious career, including Floyd Around the Med and Floyd on Spain. Floyd celebrated the great traditions of Spanish food and wines that have influenced cooking throughout the world.