A FORMER British detective has praised an Olive Press exclusive on a possible spotting of Madeleine McCann on a flight from Ibiza, which was followed up in over a dozen countries.

Former Met officer Ian Horrocks praised the quick thinking of reader Frank Bode, whose claims were followed up by numerous national newspapers, including Bild in Germany, the Mirror in the UK and Diario de Noticias in Portugal.

German businessman Bode was so convinced he had spotted the youngster with a German family on the flight from Ibiza to Munich a fortnight ago that he contacted police, the family and the Olive Press, after taking a photo.

Bode claimed that the girl was British and did not seem to ‘fit with the family’.

Both Maddie’s family in the UK and detective Horrocks, a former kidnap and ransom squad officer, praised his actions. Scotland Yard is still investigating the claims.

Horrocks believes that the longer Madeleine has been missing, the more likely it is that people will spot her.

He said: “It has previously been said, ‘Who is going to openly walk out with the world’s most wanted child?”

“This was clearly relevant in the days, weeks and months following her abduction but, as time has gone by, whoever took Madeleine is likely to be more confident about taking her out in public,” he added.

The sighting ties in with claims of psychic healer Carol Everett, who has worked on finding both missing people and criminals on the run.

The Murcia-based psychic claimed in 2007 that she could ‘see’ Madeleine with a German-speaking couple.

Speaking to The Olive Press this week, she reiterated her claims: “My prediction has been there from day one, I haven’t changed my claims.

“I’m not a detective, I just put my points in the pot and very often come up with the missing links.”

She continued: “I can’t say that it’s her, but it certainly fits. A German family with two other children.”

Madeleine’s mother, Kate McCann has previously claimed that no matter how many years go by she would never fail to recognise her eldest daughter.

“I know I would, I just know that if she came in here now I would know it was her.” 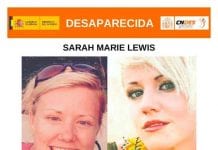 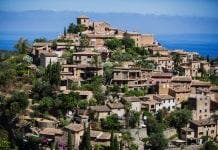