I, LIKE many expats, have lived in Spain for several years now and grown accustomed to the food, the language and the lifestyle.

But there are some English habits I am unable to break and having a proper cup of tea in the morning is one.

And it seems I am not alone in missing the odd home comfort.

The best selling product in the Costa del Sol supermarket chain Cayetano & Euromarket is not a staple such as eggs or milk (although they have sold 5,000 litres of imported Purity fresh milk so far this year) but Heinz baked beans.

This product may bemuse the Spanish, who write it off as part of a calorific English breakfast, but the expats cannot get enough of them.

Already this year the supermarket has sold a staggering 40,000 tins of the British household favourite.

And one of their claims to fame is that they actually sell more beans than any other supermarket in Spain.

It all goes to show that expats know what they like and being thousands of miles away from home doesn’t change that.

With this in mind supermarkets along the Costa del Sol have succumbed to the mantra ‘the customer is king’ and have adapted to the consumer habits of the ‘guiris’ who want to buy imported goods.

“Since the beginning of tourism in the area, we have tried to offer all kinds of products to suit our customers,” explains Rosa Gomez, marketing director for Cayetano & Euromarket, whose father Cayetano Gomez Vaquer launched the company in 1930.

“Cayetano & Euromarket has always been based on two fundamental premises: variety, which is more or less obvious from the number of different items on sale and the attention paid to foreign clients, and secondly, quality.”

Today the company, which has outlets spread throughout Fuengirola, Mijas, Marbella, San Pedro and Estepona, offers no fewer than 70,000 different items, of which 20,000 (nearly 30%) are imported goods.

It is certainly paying off with the supermarket seeing foreigners make up around 80% of customers. 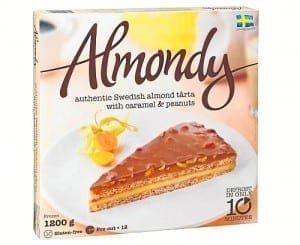 And it is not just the British hankering after their country’s delicacies.

Interestingly, the chain’s first imports from northern Europe came from Denmark and it continues to be the country where they get the most goods including the famous Danish bacon and Havarti cheese.

Meanwhile 10,000 tins of Arenques S.Rollmops Skipper have been flying off the shelves this year as German customers are also stocking up on their favourite things.