A SPECTACULAR flyover by military jets to mark Spain’s National Day celebrations has been cancelled as the recession continues to bite.

The traditional participation of tanks in the annual parade – on October 12 – has also been scrapped, as the Spanish government looks to make a 60% saving on last year’s bill.

The occasion, attended by the king, prime minister, and senior members of the government, opposition and diplomats, will now cost €1 million.

“The celebration of National Day will be marked by austerity and sobriety,” military sources said.

“It is a question of combining the solemnity of the occasion with the combined effort being made by Spanish society to overcome the crisis.”

The celebration, known as Columbus Day in the US, marks the anniversary of the date when Christopher Columbus discovered America in 1492.

It is also dedicated to Our Lady of the Pillar, the patron saint of hispanic people. 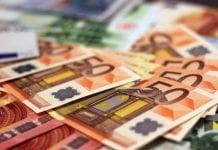