The talks come as Madrid negotiates with the European Commission (EC) over the terms of a new economic reform plan, set to be announced on Thursday.

Despite suggestions that Spain may have to meet stricter austerity measures in order to receive the funds, an EC spokesman insisted the Spanish government retained ‘full responsibility’ for its financial programme.

The talks in Italy – which also involve the Irish and Greek leaders Enda Kenny and Antonis Samaras – come just days after Rajoy dismissed a request from the Catalan authorities for greater tax powers.

Support for independence is now above 50%, according to polls, with Cataluna looking increasingly likely to seek help from the EU about the possibility of cutting ties with Madrid. 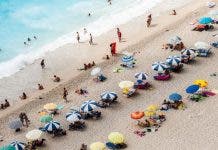