BEACHFRONT properties due to be demolished in 2018 have earned a reprieve after the Cabinet approved a reform of the Coast Law.

Under the current legislation, private ownership is forbidden within certain zones deemed to be within the public domain, affecting an estimated 10,000 properties.

But the illegal homes were given a 30-year amnesty when the legislation was established in 1988, which was due to expire in 2018.

Now the properties have earned a stay of execution after the Cabinet passed reforms which extend the amnesty and allow the owners to sell their property and carry out refurbishments, subject to permission being granted.

“The aim of the reform is to avoid the risk of homeowners losing their property rights in the short term, and particularly bearing in mind the difficulties this could create for foreigners,” the draft legislation states.

The reforms also exclude 11 areas currently in breach of the regulations from being classed as within the public domain, including Pedregalejo and El Palo in Malaga. 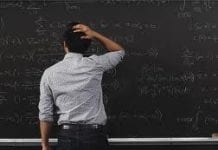