THE Olive Press is pleased to report that three cuddly fellows, kittens Huey, Duey and Luey, have now found a loving new home. 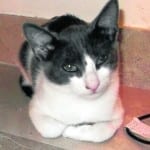 ported that Laura Inglis had found them starving on an urbanisation in Duquesa and feared they were set to be culled.

Now a pair of Olive Press readers have come to the rescue and taken them in.

“They are a lovely young couple who contacted me after they read the article as they wanted a kitten.

“When I took all three of them over they could not make up their minds which one they wanted and took all three! What a brilliant result.” 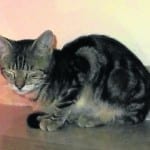