MIKE Souter, a freelance travel writer who has contributed to Sur in English newspaper, appeared at a UK court today charged with 18 sex offences against children.

The 59-year-old lives in La Cala in Mijas and also has homes in El Faro and in Norfolk.

He appeared before Norwich Magistrates’ Court this morning.

Souter has been charged with 18 offences relating to boys plus one offence against a man and another against a woman.

The charges involve six boys, including some under the age of 14, and relate to events which took place in Norfolk between 1979 and 1999.

The case has now been referred to Norwich Crown Court, where Souter is due to appear on December 14.

In the meantime he will not be allowed any contact with under-16s without the presence of an adult,  and nor is he allowed to contact any witnesses.

Souter did not enter a plea during today’s 10-minute hearing, but talking to the press afterwards, he said he looked forward to being able to prove his innocence.

“I would just ask that nobody else jumps to any conclusions before the evidence has been heard,” he said.

“Irrespective of innocence or guilt, people have judged me before one word has been given in evidence in a court of law,” said Souter.

“Many people wonder how much coverage would have been given both in the UK and around the world if the letters ‘BBC’ had not formed part of my CV.”

Souter worked for BBC Radio Norfolk from when it was launched in 1980, presenting a number of shows before working as a freelance broadcaster.

He later took up travel writing and now spends half the year in Spain. 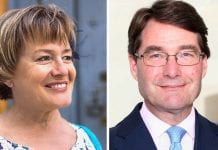 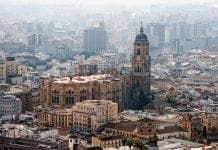