CAMPAIGNERS fighting for the right to repair and rebuild their fire damaged homes have moved closer to their goal following a meeting with a leading upholder of citizen’s rights in Spain.

Members of the Phoenix Campaign met with the Denfesor del Pueblo, Soledad Becerril, at the town hall offices in La Cala de Mijas.

Sra Becerril joined campaigners, many of whom have been waiting five months to get the go ahead to rebuild their homes after the Malaga fires last August, in visiting the sites of destruction.

The meeting, described as a breakthrough moment in the campaign by fire victims, included Carmen Marques, the 2nd Deputy Mayor of Mijas and a number of councillors.

Pat Laing, campaign spokesman, said the group is hoping Sra Beceril will put pressure on the Junta of Andalucia.

Ms Laing said: “The meeting went really well. I don’t think there is an equivalent role in the UK; she is pretty powerful and I think we were very lucky to get a face to face meeting with her.”

The issue was recently discussed in parliament and it was unanimously agreed the situation should be resolved as soon as possible.

Alternative Councillor Mijeña-Greens, Juan Porras, said he hoped his vote would help to ‘unlock a situation that affects many people’, while Socialist Party spokesman, Fuensanta Lima, said: “The municipal officers should approach the scattered groups to explain to those affected the process forward 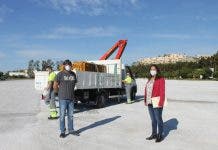 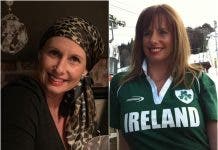 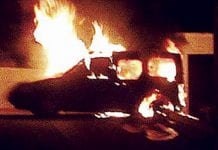