AIRPORTS in Spain will start charging a euro for passengers to use luggage trolleys, according to the Spanish Airport Authority, AENA.

The State-run airline governing body, AENA, says this is part of a plan to claw back €3.2 million and clear huge debts.

AENA has defended the decision by saying Madrid’s airport’s luggage trolleys currently cost €3.7 million a year to maintain, but this will be reduced to €500,000 if they charge €1 per use – a saving of 3.2 million.

Airports in the UK, including Manchester, Bristol, Luton, Birmingham, Leeds and Cardiff all charge up to two pounds per time.

An exact timescale for the charges to be implemented has not yet been announced. 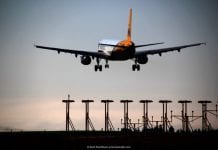 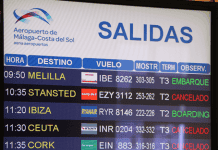