COSTA del Sol regular Max Clifford has been charged with 11 counts of indecency against women and children between 1966 and 1985.

The alleged offences relate to seven different women and girls ranging in age from 14 to 19 years old.

Mr Clifford, who spends much of the year in his Marbella villa, was arrested as part of Operation Yewtree, originally set up after claims were made against Jimmy Saville.

The arrest is unrelated to the investigations against the former BBC DJ.

Mr Clifford, 70, from Hersham, Surrey, who previously denied any wrongdoing, will appear in court on May 28.

He was not charged over three further allegations as there was “insufficient evidence to authorise charges”, the Crown Prosecution Service said.

Max Clifford, who was first arrested in December last year, was charged after answering bail at a London police station following advice from the CPS.

He was later released on bail and is due to appear at Westminster Magistrates’ Court. The PR Guru, who has represented hundreds of famous and infamous clients once offered his services to improve Marbella’s image, but his fees, said to be thousands of euros a week, were rejected by the cash strapped town hall.

A source told the Olive Press that Max had looked relaxed as he sipped coffee in the sun on a short visit to his Nueva Andalucia pad earlier this week. 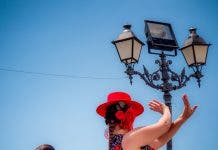 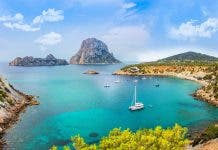