A PENSIONER who cheated the authorities out of £120,000 (€142,000) by making fraudulent benefit claims has been jailed for three years following his arrest in Spain.

Norman Brennan, 70, admitted to the fraud in 2008 but jumped bail and fled to Malaga.

He was exposed by the Olive Press in 2011 after the junta, police and government failed to act on tip offs from his neighbour in Mijas.

The Liverpudlian made false claims for jobseekers allowance, housing benefit and council tax benefit between 2001 and 2008, all the while working as a joiner.

He also failed to disclose that he owned a house in Liverpool that he inherited from his mother, and made claims in his brother´s name after forging his signature and attending interviews pretending to be him.

The frauds came to light when he sold his house to his unsuspecting daughter and she phoned the council to ask why she hadn´t been sent a council tax bill.

Sky News picked up on the story in October this year, and Brennan was arrested in Spain at the end of October.

Jailing Brennan for three years after he admitted fraud and bail act offences Judge David Aubrey, QC, said: “The law has finally caught up with you. The claims were dishonest from the outset. In my judgement you have shown complete and utter contempt for the welfare system. 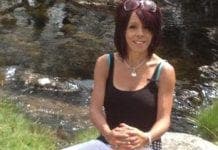 Fraudster claims over £55,000 in benefits despite Spanish property empire