A PRIEST at the controversial Sanctuary of Mercy church has been charged with fraud and alleged sexual assault.

Florencio Garces, 70, is one of six men to have been arrested by the Civil Guard as part of a fraud investigation.

He has been charged with embezzlement of €210,000, money laundering and a string of sexual offences.

The church hit the headlines following a botched renovation of a painting of Jesus Christ, named Ecce Homo, carried out by local artist Cecilia Gimenez.

The 80-year-old earned herself the title of the worst restorer in history and a bold, if brutal, restorer of other people´s works.
The picture became a laughing stock and a well-established internet meme.

The church – in Borja, Zaragoza – has since cashed in on the painting’s new popularity and has started charging visitors – it raised €2,000 in the first week.

Tourists have continued to flock to the church, boosting the church’s coffers by around €50,000.

A lawyer for the priest said the charges were unrelated to the Ecce Homo incident. 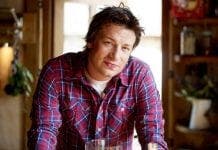 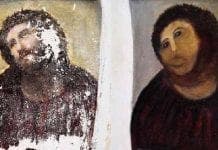 Botched Spanish fresco fiasco being turned into an opera 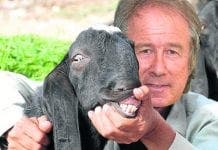