BILLED as ‘A Night of Opera’, this joyous evening of food and music, left all 200 diners with an euphoric feeling of well-being that is only rarely experienced.

As part of their 20 year anniversary celebrations Bruno and Giuseppina devised this event to be performed at their flagship, Da Bruno Sul Mare – the third of their six restaurants on the Costs del Sol.

It all started back in 1996 with the opening of Pasta da Bruno, opposite, what was then, the bus station in the centre of Marbella, with Bruno the chef and Giuseppina in front-of-house. They quickly gained a reputation for good Italian food, at fair prices, served in pleasant surroundings, by a friendly staff and this is the mantra that they have embodied in each of the eateries in the chain, and justifiable, they have thrived.

Da Bruno sul Mare was conceived to be for entertainment, such as this event, and the full house, must have encouraged the four performers to give of their best.

Sopranos Cristina Risueno and Claudia Serra, bass-baritone Javier Moreno, with their mentor – the tenor – Pedro Barrientos, were to give us one of those memorable evenings such that you don’t want it to stop.

I had not listened to Cristina and Javier voices before, but Claudia sang at the Valentines evening and so we knew the beautiful voice to expect. I have known, and have been following, Pedro’s career for over twenty years, and can honestly say that I have never heard him sing with such maturity and forcefulness before.

Bravo to all four performers who must be congratulated for the shear pleasure that they gave us in the two and half hours of glorious music that is epitomised in the title of this piece.

BREAKING: One dead after shooting in ‘car park of popular beach side restaurant’ on Spain’s Costa del Sol 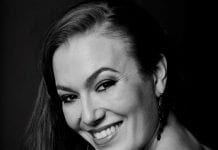 Opera star set to dazzle in Andalucia next week 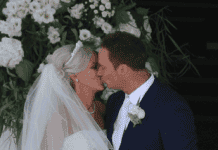