MALAGA CF have folded, reformed, climbed back up to Spain’s top flight and reached a Champions League quarter final since 1992 – all with the devoted support of a group of British expats.

The spanish fans always jokingly called them ‘guiris’ and so, 20 years ago, the now-legendary ‘Guiri Army’ was born.

Recently they have been in the limelight thanks to the British media’s increasing coverage of Spanish football, as well as Malaga’s Champions League plight. Despite the erratic scheduling of La Liga fixtures, it seemed appropriate that I should be heading for a classic Saturday afternoon kick-off.

Up and down the Costa del Sol Brits were awaking and donning their blue Malaga shirts before heading to the Lounge Bar in Benalmadena, the traditional ‘home of the famous Guiri Army’.

Dave Redshaw is the leader who has been coming to games since 1989, first coined the name Guiri Army and wrote the only Malaga CF history book. He is immediately recognisable, taking in bets on the game and doling out the tickets.

We reminisce over a bottle – not a pint – of beer about how quickly his beloved Malaga have careered down the slippery slope from Champions League to relegation scrap.

Just one year ago this motley crew were boarding planes to Milan, Porto and Dortmund. Yet now they find themselves teetering just above the bottom three, the second division snarling wantonly beneath them. Three points in the crucial fixture against Real Valladolid, two places below them, is a must. It doesn’t take a lifelong fan to realise that.

Dave recalls working out the draw for the Champions League in front of the TV, desperately hoping his hometown team Manchester City was not placed with Malaga. Fortunately this has not yet been a problem for the Gillingham fan, Lyndon Pooley, who has lived in Spain for 12 years.

At 1.30pm final orders are made at the bar for booze for the journey and the striking Guiri Army bus, part of the army for a year now, is boarded. The Guiri Army essentially began with a bus, which Dave organised to take fans to games from his local Benalmadena bar.

There are a core of about 40 who can be counted on for every game, while many other tourists and expats jump on board whenever they can.

The journey passes by in a haze of football chat, chants, beer and cigarette smoke and soon enough we are snaking through the concrete suburbs of Malaga, where the streets begin to swell with sky blue.

A chorus of “We’re the Guiri Army, we do what we want,” gets going, and that, apparently, is driving round roundabouts. The entire coach ‘waheys’ each time the driver feints to go down the road with a drop of the shoulder before checking back and swerving to the left and round we go once more.

“Sometimes we go round this roundabout about ten times,” I’m told, seems I got off lightly.

The beer-fuelled build-up continues in a small Spanish bar where one young lad from the Welsh valleys, on holiday and attending his first Malaga match, tells me: “I’m having such a laugh, it’s the best game I’ve been too.”

Anxious to actually see some football, we head down the road about ten minutes prior to kick-off. La Rosaleda stadium looms into sight and it is certainly not a looker, to put it politely. The concrete block could be a car-park from the outside but that doesn’t stop the nerves tingling as I pass underneath the billowing Guiri Army flag and out into the stand, sensing the anticipation.

The army takes up position at the front of the singing section with the Malaka Hinchas, the Spanish supporters group who cheer and chant with relentless passion, no matter what is happening on the pitch.

The locals and expats mix together seamlessly, with chants in both English and Spanish, united behind a simple desire; goals.

“We’re all mates,” explains Dave. “We all support Malaga and they love the Guiri Army.” And before long that love is portrayed with a round of ‘Oh Malaga is wonderful’.

Soon enough Roque Santa Cruz, the most recognisable name on the pitch, triggers fist pumping, bloke hugging and throat roaring when he finds the back of the net from a corner.

But from this point onwards the match completely died, Real Valladolid equalised and the stadium fell into a frustrated silence, barring our corner, of course, where nobody sat down all game. In truth, I don’t have a clue which seat was even mine and there seemed to be far more people than seats anyway.

La Rosaleda seats 30,000 but this season crowds are dwindling, even at this crucial relegation scrap there were many empty seats, which I found surprising. Also, there were apparently no away fans. Literally not one person celebrated Valladolid’s equaliser.

The final whistle eventually put the crowd out of its misery and ended the game at 1-1. The most eventful moment of the second half was when one younger Guiri Army regular tapped me on the shoulder to tell me that my team Reading were beating Yeovil, only to laugh at my fist-pump and reveal his cruel joke.

The only chant to make it past the edges of our designated singing corner was ‘Schuster vete ya’ (Schuster go now) at the end. It’s nice that football fans can always be enthusiastic in their hatred for the manager if nothing else. The song was actually quite menacing as it bellowed around the open stadium. It was also nice to hear that traditional English ballad, ‘You’re getting sacked in the morning’, get a look in.

Back in the bar, beer in hand, I realised I didn’t really care about the game or the score. This is about the camaraderie, the singing, the supporting and the going round roundabouts more times than necessary. Although the season ticket holders may have not felt entirely the same way.

The drab draw hadn’t succeeded in dampening spirits and the coach back was much of the same, with the man who hopped off to relieve his bladder getting ‘mistakenly’ left behind.

Chatting to the seasoned fans it became clear that no-one really fears relegation all that much. Supporting any team has its highs and its lows and the Guiri Army will keep that corner of the Rosaleda alive and kicking, whether it is a Champions League semi-final or a lower-league scrap. 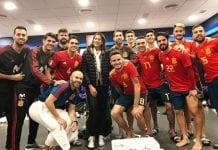 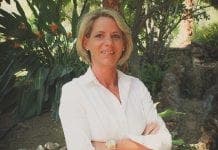 Martina Willis: My Source of Wellbeing

Don’t be a groaning guiri! 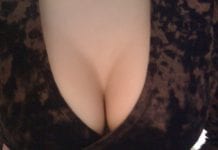