MOVISTAR has scored exclusive rights to screen a host of international football matches next season.

The telephone giant has waded in to buy the rights to qualifying matches over the next four years, which it will air on a brand new channel.

The company’s IPTV service provider will be the only one in Spain airing qualifying matches for Euro 2016 in France and the 2018 World Cup in Russia.

The new channel, launching this September, will be dedicated solely to international football.

It will also include other games in the Spanish La Liga, the Champions League and the Europa League.

When it comes to the actual competition, Digital channel W9 will have the first choice of matches each day. 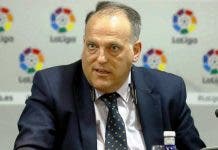