FLAMENCO legend Joaquin Cortes believes his superstardom has propelled the genre to a global audience.

Famous for breaking the heart of British supermodel Naomi Campbell – and hugely admired by Jennifer Lopez and Emma Thompson – the superstar is also credited with single-handedly turning flamenco into a global genre.

“Of course, the fact I am seen as a mainstream celebrity, a rock-star, has raised the profile of flamenco immensely,” he told the Olive Press, as he prepares for a series of shows in Marbella next month.

“English people especially, give me an amazing welcome,” added the star, who has performed an incredible 20 times at London’s Royal Albert Hall.

“I have danced in many special places though, including the White House, but right at the top is the Royal Albert Hall. It’s an unbelievable place.”

Born in Cordoba, but raised in Madrid where he still owns a house, Cortes has exported his passionate brand of flamenco across the world.

“I am very lucky to be able to visit so many places and experience so many cultures, so I try to learn from them all and use it in my shows,” he explained.

He said that the reception in every country is always wonderful, and as a result more and more people outside of Spain are beginning to enjoy flamenco.

With constant travel, Cortes admits that his home is ‘the world’. And the inevitable problem with this is, he doesn’t know which football team to support.

“I will support Spain in the World Cup, but otherwise I cannot have a favourite team,” he said.

Cortes has also appeared in several films, including playing himself in the 1995 production Flamenco. But while he enjoys the film experience, he admits disliking the lack of continuity in the dancing.

His latest show, ‘Gitano’, fuses his gypsy roots and traditions with the different cultures and influences he has gathered from travelling around the world.
His real passion is the stage, which is where he will perform on July 26 and 27, at the Puente Romano hotel, in Marbella. 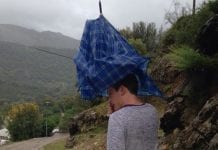 Adios: What I learnt from living in Spain 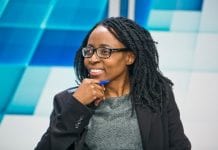 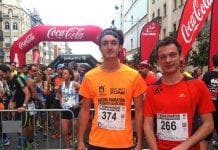